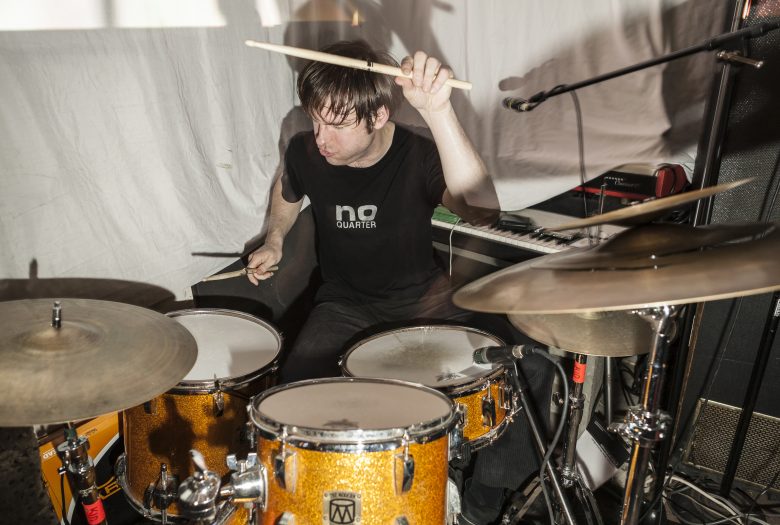 On February 28th, 2018 at 4:00 am, drummer John Colpitts was nearly killed. Colpitts, a founding member of Oneida and prolific Brooklyn percussionist also known as Kid Millions and Man Forever, was in Los Angeles traveling to the airport when his car was struck at high speed. The accident was so serious that it took him out of commission for five months. During this time, Colpitts began to question everything in his life that had led up to this moment. As he recovered, he endured new humiliations, moments of transcendence, and opioid dependency, before he eventually picked up his drumsticks and returned to his instrumental passion.

Two years later to the day, Roulette is honored to present the US premiere of a narrative performance by Colpitts that explores pain, recovery, transcendence and a return to life and art. Known for his intense playing style and fervent live performances, Colpitts will perform with guests, adopting the modes of Laurie Anderson and Spalding Gray to evoke the question: How does you truly recover from an accident when your body is changed forever?