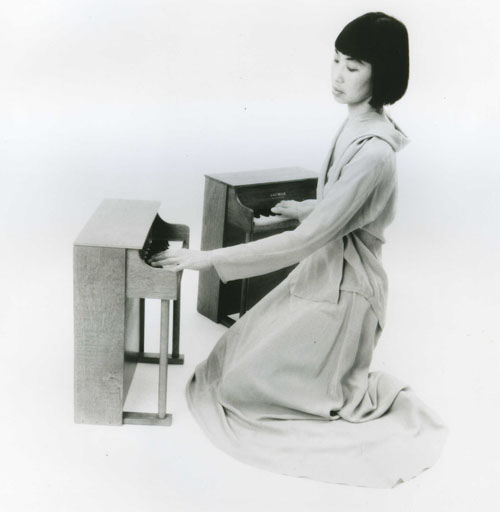 Margaret Leng Tan has established herself as a major force within the American avant-garde: a highly visible, visionary pianist whose work embraces theater, choreography, performance. She is regularly featured at international festivals, records for Mode, New Albion, ECM, and has appeared on PBS and at Carnegie Hall.

Originally from Singapore, Tan was the first woman to earn a doctorate from Juilliard, but exploring cultural crosscurrents between Asia and the West led her to John Cage. An active collaboration ensued that lasted from 1981 to his death in 1992, establishing her as his pre-eminent interpreter.

Tan is fascinated by the artistic potential of toy instruments and her groundbreaking 1997 CD, The Art of the Toy Piano (Philips/Universal), made her the world’s first professional toy piano virtuoso. Favoring music that confronts the piano’s normal boundaries, like-minded composers have written for her such as Somei Satoh, Tan Dun, Ge Gan-ru, Michael Nyman and Toby Twining. She is also a favorite of composer George Crumb. Filmmaker Evans Chan’s documentary, Sorceress of the New Piano: The Artistry of Margaret Leng Tan, has been screened at numerous international film festivals. While currently available in the Japanese Uplink edition, Mode Records will release Sorceress internationally on DVD in Spring 2008.

In Chinese nomenclature the piano is classified as a “steel qin ” or zither. For her Roulette event, Margaret Leng Tan performs startlingly original works by Tan Dun, Ge Gan-ru and Somei Satoh on and inside the giant “steel zither”. Also Erik Griswold’s prepared piano arrangements of Sichuan folksongs.

“The diva of avant-garde pianism” – The New Yorker