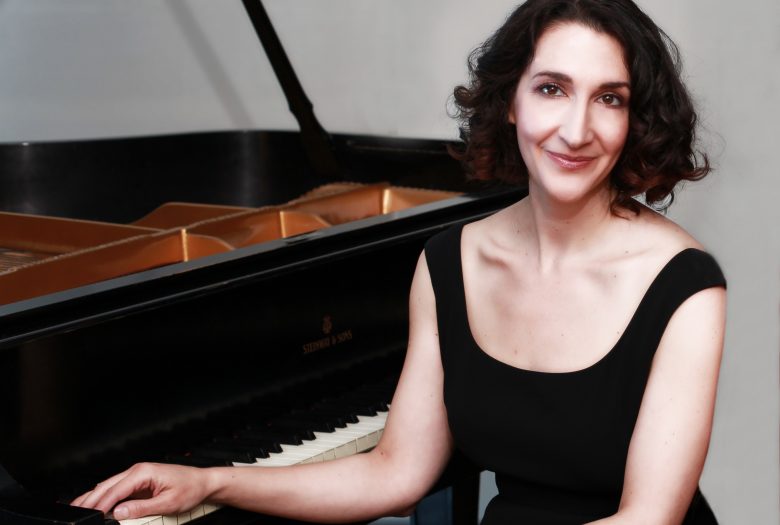 “Figure and Ground” is an eclectic program of contemporary works that in different ways explore innovative approaches to the relationship between developing figures and the environments in which they’re set. The program features works by three composers associated in part with the tradition of spectralist music, Edmund Campion, Dominique Troncin, and Jonathan Harvey. Pianists Marilyn Nonken and Augustus Arnone will perform Edmund Campion’s virtuosic work for two pianos, “A Complete Wealth Of Time,” written in 1989-90 while the composer was studying in France with Gerard Grisey. The work is based around variations on a 4 note motive, presented initially as a bare skeleton, but later progressing to more complex harmonic and rhythmic configurations, in effect transitioning from clear figure to a swirling and complex ground. Another work on the program, Jonathan Harvey’s “Run Before Lightning” (2004) for flute and piano, is characterized by torrid and unstable harmonic textures based around the acoustic characteristic of the flute itself. These works will be joined by new compositions written for Collide-O-Scope Music by Aaron Brooks, Nathan Davis and COSM co-director Lou Bunk, as well as music by Webern and Brown.

Marilyn Nonken is one of the most celebrated champions of the modern repertoire of her generation, known for performances that explore transcendent virtuosity and extremes of musical expression. Upon her 1993 New York debut, she was heralded as “a determined protector of important music” (New York Times). Recognized a “one of the greatest interpreters of new music” (American Record Guide), she has been named “Best of the Year” by some of the nation’s leading critics. Marilyn Nonken’s performances have been presented at such venues as Carnegie Hall, Lincoln Center, Miller Theatre, the Guggenheim Museum, (Le) Poisson Rouge, IRCAM and the Théâtre Bouffe du Nord (Paris), the ABC (Melbourne), Instituto-Norteamericano (Santiago), the Music Gallery (Toronto), the Phillips Collection, and the Menil Collection, as well as conservatories and universities around the world. Festival appearances include Résonances and the Festival d’Automne 4both, Paris) and When Morty Met John, Making Music, and Works and Process (all, New York), American Sublime (Philadelphia), The Festival of New American Music (Sacramento), Musica Nova (Helsinki), and Aspects des Musiques d’Aujourd-hui (Caen). Composers who have written for her include Milton Babbitt, Drew Baker, Pascal Dusapin, Jason Eckardt, Michael Finnissy, Joshua Fineberg, Liza Lim, and Tristan Murail.

Collide-O-Scope Music, now in its fifth season, is a contemporary music ensemble music with a focus on combining diverse media forms and emphasizing the relationship between emerging technologies and their aesthetic impact. Led by Artistic Directors Augustus Arnone and Lou Bunk the group has maintained a dedication to commissioning new works from some of the exciting emerging composers of our time as well as performing essential classics from the modern repertory. A signature feature of Collide-O-Scope Music concerts has been an innovative approach to the medium of the public concert itself, where fixed works give way to episodes of improvisation and open-form interactive music in a seamless unbroken pastiche. Collide-O-Scope Music has performed at premier venues around New York and presented by The Issue Project Room, The Cell, Firehouse Space, and The Intersections Festival (Washington DC). The group has commissioned an ever growing body of works by composers including Yotam Haber, Spencer Topel, Aaron Brooks, Nathan Davis, Ken Ueno, Derek Hurst, John Mallia, Elizabeth Adams, James Romig, Michael Klingbeil, Matt Lima, Jack Callahan, Chris Bailey, and Todd Tarantino.