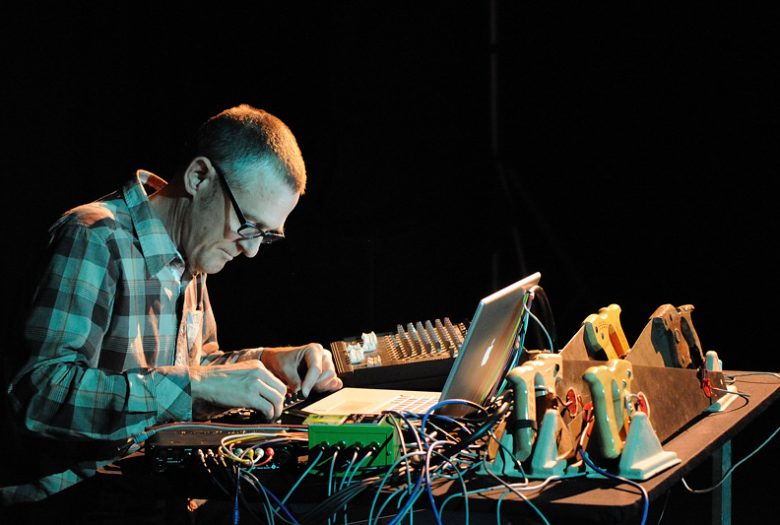 Lullaby and Arcana: Trayle presents some new pieces, including Automatic Descriptions, inspired by the arcane technology of the late-19th century mediums, magicians and virtual reality. Lullaby (Scrawl) an industrial strength cradle song, and Primitive Still Life with Pairs, a sonic canvas of very large and small noises from the animal, vegetable and mineral kingdoms.

Update 2019:
Mark Trayle, born Mark Evan Garrabrant (January 17, 1955 in San Jose, California – February 18, 2015 in Ventura, California) was a California-based musician and sound artist working in a variety of media including live electronic music, improvisation, installations, and compositions for chamber ensembles. His work has been noted for its use of re-engineered consumer products and cultural artifacts as interfaces for electronic music performances and networked media installations. Trayle studied composition at the University of Oregon with Homer Keller, and at Mills College with Robert Ashley, David Behrman, and David Rosenboom. Under Berhman’s tutelage he began building hybrid digital-analog electronics and used those (often with electric guitar and homemade performance interfaces) throughout the 1980s. From the late 1980s through the mid-1990s his work focused on the use of alternative performance interfaces to guide algorithmic compositions, as well as composing for and performing with The Hub.