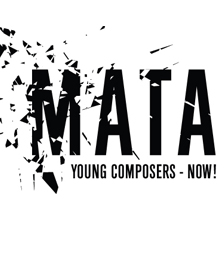 The first night of the festival pits two extraordinary quartets: the JACK string quartet, (David Patrick Stearns (Philadelphia Inquirer) proclaimed their performance as being “among the most stimulating new-music concerts of my experience,” and NPR listed their performance as one of “The Best New York Alt-Classical Concerts Of 2010″; and Quartet New Generation, a recorder – yes, recorder! – collective, the likes of which you have not heard, hailed by the Los Angeles Times as “mind-blowing” and First Prize Winners of the 2004 Concert Artist Guild International Competition. MATA commissions two talented young composers: Huck Hodge, the 2011 Rome Prize winner, to write a new work from the JACK Quartet, and the Shanghai-based Yi Qin to write for QNG. We begin each night of the festival with one part of  Jacob Cooper’s newly-created hypnotic video series, Triptych.

$100 (MATA Festival Pass includes VIP seating at all three nights of the festival at Roulette and a pass to the off-site Opening Night Salon at the Paula Cooper Gallery located at 534 West 21st Street New York, NY 10011)