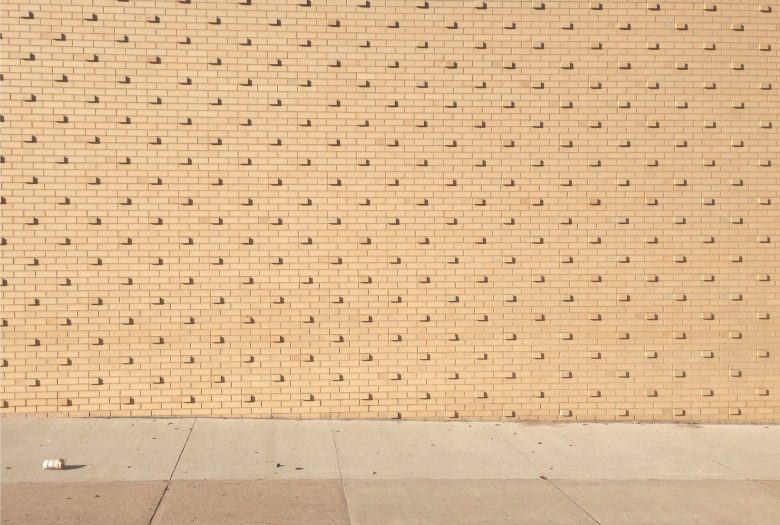 Drummer and composer Matt Evans’s New Topographics is an aqueous collection of drum-driven, ambient adjacent, hypnotic soundscapes that radiate from a liminal zone between the physical and the digital. Here reworked for ensemble— the sounds of writing, typing, morse code, and others— swirling sonic byproducts from our communication systems— are combined with percussive improvisations and synthesized “creatures” to trace imagined landscapes. Embodied by an astounding group of performer/composers, synthetics and acoustics cross currents— unifying rubbery harmonies, wandering melodies, and incidental noises into a dreamy cybernetic ecology.

Matt Evans is a Brooklyn based artist, composer and percussionist creating cross-disciplinary productions and sculptural sound installations through an eco-fictional lens. Since moving to Brooklyn in 2012, Evans has maintained numerous musical projects: producing solo performances, writing commissioned compositions, working with choreographers, playing in bands, and performing with new music ensembles. As a solo artist, Evans produces drum performances and sound installations that capture the inexpressible absurdity of supermassive phenomenon (e.g. “global warming” or “the internet”) with a focus toward the fearlessness of the human individual in the face of such circumstances. His debut solo record “New Topographics” explores our cultural epoch’s existence between digital, physical, and natural realms via hypnotic compositions for percussion and electronics that “thrust the listener into hyperreal and phantasmal realms” (Wire Magazine).

Amy Garapic is a Brooklyn-based percussionist, educator and organizer. As a founding member of the Brooklyn-based powerhouse percussion trio, Tigue, Amy has released two records (Peaks, and Strange Paradise) supported by performances throughout the US and Europe in concert halls, clubs, elementary schools, and universities alike. Amy has worked closely with hundreds of percussionists directing performances of Pulitzer Prize-winning composer John Luther Adams’ Inuksuit (scored for 9-99 percussionists) and organized internationally focused projects of her own uniting musicians worldwide via internet platform performances. Throughout the year Amy is a lecturer at Dartmouth College, and Keene State College, and faculty member and co-director of the Chosen Vale International Percussion Seminar. She currently serves her local communities as director of Rhythm on a Rikers, an educational drumming program for Rikers Island inmates; serving public schools throughout the Adirondack Park region in weekly residencies with the Bridge Arts Ensemble; and regularly visits public schools throughout NYC sharing concepts of creative sound making and deep listening through percussion.

Amirtha Kidambi is invested in the creation and performance of subversive music, from free improvisation and avant-jazz, to experimental bands and new music. She is an educator, activist and organizer, informed by anti-racism, decolonization and anti-capitalism. As a bandleader, she is the creative force behind Elder Ones, featuring rising New York artists Matt Nelson, Nick Dunston, and Max Jaffe. Elder Ones’ Holy Science and From Untruth released on Northern Spy, have received critical praise from the New York Times, Pitchfork, Downbeat, and WIRE magazine. Kidambi topped the categories of “Rising Star Vocalist”, “Rising Star Composer” and “Rising Star Jazz Group” in the Downbeat Critics Poll for 2019. She is active in an improvising duo with electronic musician Lea Bertucci, in a kinetic interaction with reel-to-reel tape machine, with the forthcoming album Phase Eclipse on Astral Spirits. Kidambi is a key collaborator in Mary Halvorson’s latest sextet Code Girl, the duo Angels & Demons with Darius Jones (setting Sun Ra poetry) and in various collaborations with William Parker. As an improviser, she has played with New York luminaries including Matana Roberts, Tyshawn Sorey, Maria Grand, Ingrid Laubrock, Ava Mendoza, Fay Victor, Trevor Dunn, Ben Vida, Tyondai Braxton and Shahzad Ismaily. Kidambi worked closely with composer Robert Ashley until the end of his life, premiering his final opera CRASH and had the honor of working with the late composer/pianist Muhal Richard Abrams for the premiere of Dialogue Social. She has performed and presented her music in the U.S. and internationally at Carnegie Hall, The Kitchen, Whitney Museum, EMPAC, Berlin Jazzfest and various DIY/punk spaces. Kidambi has received grants from the Jerome Foundation, Asian Cultural Council and artist residencies at EMPAC, Roulette, Pioneer Works, and Bucareli 69 in Mexico City.

OHYUNG is an Asian American musician and artist based in Brooklyn. Their first album Untitled (Chinese Man with Flame) was released by Deathbomb Arc. In 2020, OHYUNG released their sophomore album PROTECTOR (Chinabot), an experimental rap cross-genre collision course through distorted 808s, pitch-shifted rapping, frenetic pop energy, and ambient loops. Featured in PAPER and Kaltblut, PROTECTOR was described by Bandcamp as “a fascinating, shape-shifting record.”
They compose music for films and exhibitions as Robert Ouyang Rusli, and their work has been featured at Sundance, BAMCinématek, the Queens Museum and BAM Next Wave Festival.

Ben Seretan is a musician and author currently based in Troy, NY after a ten year stint playing half-full gigs in venues, theaters, and living rooms in Brooklyn. His music varies widely – from Neil Young-inflected full band lunkhead workouts to tender to ferociously finger-picked solo love songs to dense and rippling sheets of ambient fog, sometimes in the space of a single composition. Among many other projects and collaborations, he released a critically acclaimed album of songs in February of 2020 called YOUTH PASTORAL and a 24-hour long piece called MY LIFE’S WORK in 2018. Seretan also founded the artist-collective label Whatever’s Clever and runs a weekly essay/audio endeavor called MY BIG BREAK.

Picture this: It’s 1986, Tristan Kasten-Krause is being born. We move forward 35 years. Zoom. He is living in Brooklyn, NY. He is a composer and a bassist, and he does this for money as well as enjoyment. A rare confluence. In between these events he has been praised for providing his “low-end authority to vital New York institutions” (The New Yorker) like Argento Chamber Ensemble, Wet Ink, Ensemble Signal and Contemporaneous. He is the host of the avant-pirate radio program Currently Spinning, half of the experimental drone harp and bass duo Marilu Donovan & Tristan Kasten-Krause, and bassist for the bands Marateck and Ecce Shnak. That’s the IS what about the WAS? Hoho, I am laughing at your incredulity. He has premiered new works with Steve Reich at the Guggenheim, performed on Broadway in the Tony award-winning Oklahoma! and has been a featured artist on the Hudson Basilica’s 24 Hour Drone Festival. Wow. Tristan has worked and performed with artists such as Alvin Lucier, Henry Threadgill, David Lang, Howard Shore, and recorded music with Leya, Tigue, Caroline Shaw and Man Forever. Here’s a list of events: the Lincoln Center Festival, BRIC’s Celebrate Brooklyn Fest, The Guggenheim’s Works & Process series, The Made In America Festival, Winter Jazzfest, Mozart In The Jungle. He has played on them. I’m talking about the FUTURE now, keep up: His new record Potential Landscapes is out this April on Whatever’s Clever Records, featuring collaborations with Matt Evans, Brendon Randall-Myers (Glenn Branca Ensemble), Jayson Gerycz (Cloud Nothings), Carol Johnson and Lisel.