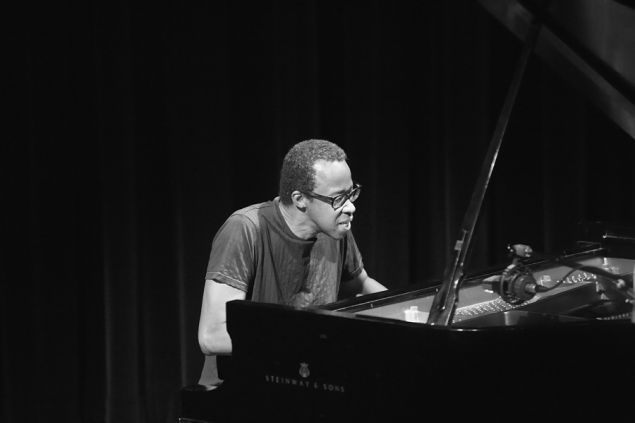 Matthew Shipp Trio, part of the Roulette Concert Series held at the Thalia Theater in Manhattan. (The Trio was announced as Shipp on piano, William Parker on bass, and Whit Dickey on drums but the personnel changed for the gig.) Shipp is widely praised for his synthesis of jazz traditions both as a pianist and composer. From Delaware, Shipp moved to New York in 1984, and has been very active since the early 1990s, appearing on dozens of albums as a leader, sideman, or producer. He was initially most active in free jazz, and his collaborative spirit and adventurous nature has lead to projects in genres including contemporary classical, hip hop and electronica.