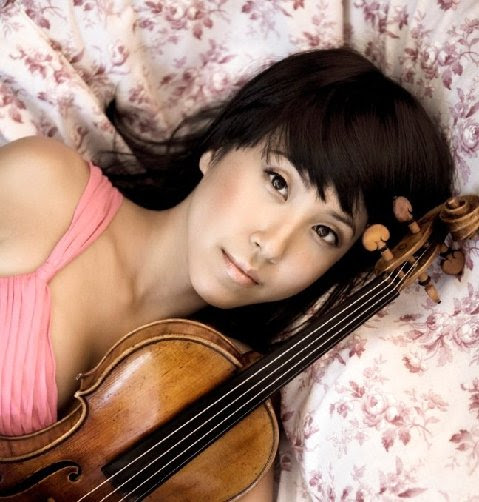 One of the world’s finest young violinists, Korea’s Yoon Kwon joins the Metro Chamber Orchestra, Friday February 21, 2014 8 PM at Brooklyn’s Roulette Theater in a performance of the Violin Concerto by Alban Berg, “To the Memory of an Angel”. Ms Kwon, who was born in Seoul, is the youngest violinist ever to be a regular player in the prestigious Metropolitan Opera Orchestra. A graduate of the Julliard School, her solo career has brought her international acclaim. Described by the great violin pedagogue Dorothy Delay as a violinist of “staggering imagination” and “one of the most expressive tones I have ever heard”, Ms Kwon’s musicianship and dynamic stage presence have won the hearts of audiences worldwide. The Violin Concerto by Alban Berg is one of the great concertos of the Twentieth Century and is presented here in the American debut of the Andreas Tarkmann arrangement for chamber orchestra.

Metro Chamber Orchestra’s Artistic Director Philip Nuzzo also leads the ensemble in Brooklyn’s own Aaron Copland‘s “A Quiet City”.  Lyric Opera of Chicago and Metropolitan Opera soprano Erica Strauss brings her prodigious talent to vocal selections by Mozart and  Richard Strauss. The program concludes with a new arrangement of the ever popular Mussorgsky‘s “Pictures at an Exhibition” in a somewhat quirky arrangement by Chinese composer Julian Yu.

Tickets are available at www.brownpapertickets.com/event/445917 or at the door.