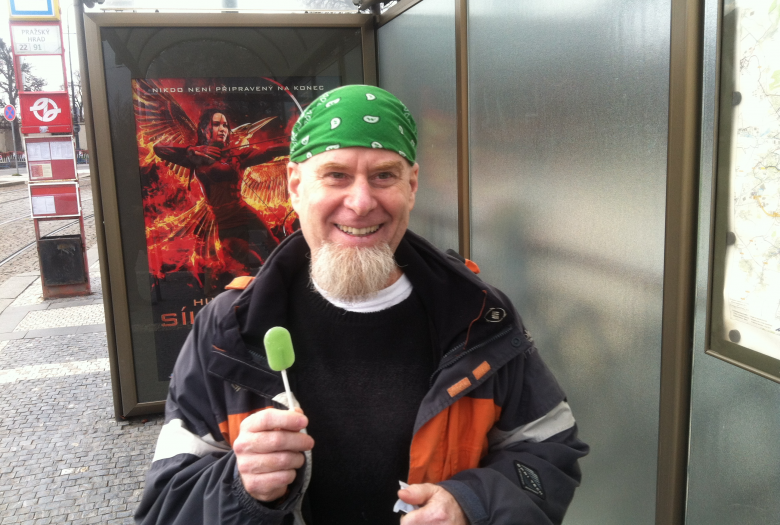 Please join us for a special event to celebrate the life and legacy of avant-garde jazz pioneer Mike Panico.

All music sets will run around 10 minutes each. The evening will begin with friends & relatives reflecting on Mike’s life.

From the DMG Newsletter for Friday, October 5th, 2018

He was a Friend of Mine

Written and performed by the Byrds, December of 1965

The Unfortunate Passing of a Good Friend

Earlier this week, I got a call from my friend Eric Stern, who told me that our mutual friend, MIKE PANICO, had passed away on Tuesday morning, his body found on the shore near Citi Field in Queens. We were both stunned since we had just had brunch with Mike on the previous Sunday and he seemed to be fine.

I had grown close to Mike over the past decade plus, since meeting him at DMG and attending many shows together. We were both Grateful Dead fans so we went to several Dead-related shows like Furthur and the Dead for Obama show in PA. Mike worked for RCA as an archive specialist. RCA was later purchased by Columbia, so he ended up working at Columbia for Legacy, helping with hundreds of reissues and box sets. You can see his name of many of these items. He also helped out at DMG, working weekends, helping us with mail-order when we were located on the Bowery. We started having breakfast together on most weekends, often trying out new restaurants, usually at his request. He was a pizza connoisseur so we checked out pizza places all over the city. Our weekly breakfast club ended up including Eric Stern and his wife Chris.

Mike always wanted to be more involved in the Downtown Scene & Creative Music in general, having befriended many musicians. He volunteered at The Stone for several years and ended up starting a label with Kevin Reilly called Relative Pitch. Although CD’s were selling less than ever, this label was the passion of both co-founders, with more than 50 CD’s released so far featuring an immensely diverse cast of creative musicians: Evan Parker, Bill Frisell, Mary Halvorson, Joey Baron, Ben Goldberg, Michael Foster, Paul Rogers, Vinny Golia, Matt Shipp, Michael Bisio, Kirk Knuffke, upward of 100. Over the past five years, Mike started taking music-based vacations to Amsterdam, London & Berlin. He often twisted my arm so I went along, as well as Eric and Chris. I am so glad he did as we had so many great experiences! These are my most cherished memories with Mike: going to the Douk Festival in Amsterdam (to check out members of ICP across the town), seeing the Schlippenbach Trio (w/ Evan Parker & Paul Lovens) on three nights of their December tour and going to London to see the Henry Cow Reunion, Robert Wyatt Discussion, John Stevens Tribute, Keith Tippett Solo and Paul Dunmall Trio all in a short period of time. Plus having a long meal with Evan Parker & Carolyn Forbes. Mike planned these vacations well and we will be forever in his debt.

Mike was always a positive force and inspiration to his many friends. Besides working at The Stone, Mike also volunteered for an organization which gave food to homeless folks and he had an anti-gun tattoo on his leg. We often had many political discussions and talked about what we could do to improve things in the US. He was often fed up with public transportation in NYC, which has screwed so many of us over the past few years. More recently, Eric, Chris & Mike took several vacations together, which I could’t attend due to finances. Mike (& Kevin Reilly) continued to become friends & supporters with musicians from around the world, so their label continued to expand and explore the cutting edge, often releasing discs that so few labels would even consider.

We are all stunned by Mike’s passing. It seems so hard to believe that he would commit suicide when he had so many things to look forward to, so many projects he was working up to the last day. Everyone that knew him well, loved him and cherished his positive spirit. He will be greatly missed by so many folks that he touched in so many ways. Rest in peace, my brother, rest in peace. – Bruce Lee Gallanter, DMG

Condolence cards can be sent to the following: