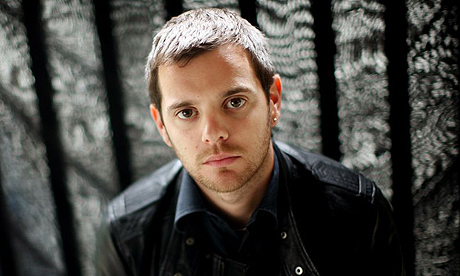 Joining Mike will be cellist and composer Gretta Cohn whose untraditional but beautiful approach to the instrument became a trademark of her former band, Cursive, and of performances and recordings with Bright Eyes, Charles Atlas and Bodies Rise.

Mike Skinner is a composer, producer and writer working with a wide cross section of New York’s art stars, indie rockers, noise bands, art filmmakers, fashion designers, video artists, transsexuals, and choreographers. Mike has worked within the dance and performance art community for several years. He began by composing extended pieces for Isabel Gotzkowsky’s seasons at the Joyce SoHo and the Pace Theatre, both produced by long time collaborator Chris Bracco. In 2003 he performed at the NY Improv Festival with Jeremy Wade, a fruitful collaboration that continued February 2006 at Jeremy’s widely acclaimed Dance Theatre Workshop showing. He regularly tours the USA and Europe drumming for Kevin Devine and Black Moustache, and has just finished recording Kevin’s next album in Los Angeles for their first album on Capitol records.

WPS1.org featured Mike during the Venice Biennale this past year and currently includes his work in the first of PS1’s podcasts. His involvement with PS1 continued with a performance at the museum on Easter 2006. Four of his scores are hosted on WPS1.org

He is writing a second album with Spencer Product for Black Moustache, and has recently collaborated with Justin Lowe, Michael Portnoy and English Kills. Mike also began recording his own album in April and has worked with Gunny Scarfo, CEO of Allentium, to create custom software for a web based music installation, to be launched publicly in the fall.

Mike has created sound for installations with Ugo Rondinone, Justin Lowe and James Drake as well as producing his own at Monkeytown, PS1, Southfirst Gallery, Alona Kagan, and Diapason Gallery.