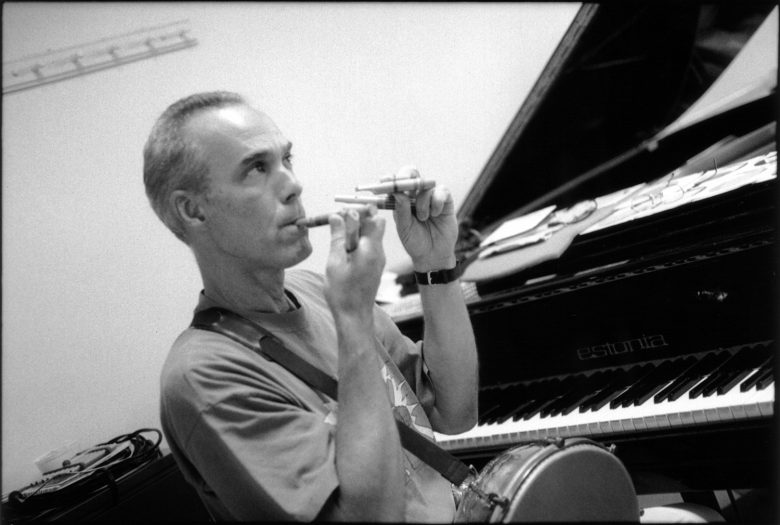 Veteran improvising pianist Mike Vargas presents his work, Houdini, for solo piano. Come listen as Vargas wriggles out of his own self-imposed structures and limits. His music is often shaped by procedural rules such as STRIPES (specified number of notes at a time,) THE WIND (50% not-playing,) ZONES (limited register,) and AMOEBA (soft, no fingertips.) He gives the listener lots of space between the sounds, densely-packed rhythms and harmonies and his 47 years of experience on the instrument. Of his performing, EAR Magazine reports, “…one left the concert more awake than before.” From cocktail lounges in Indonesia to New Music America, to National Geographic, to cancer wards, Vargas’ work has been heard in many places. He’s composed over 100 commissioned scores for choreographers, and he’s performed worldwide since 1980. He has released 5 CDs, three of them solo piano (@ EMF.)