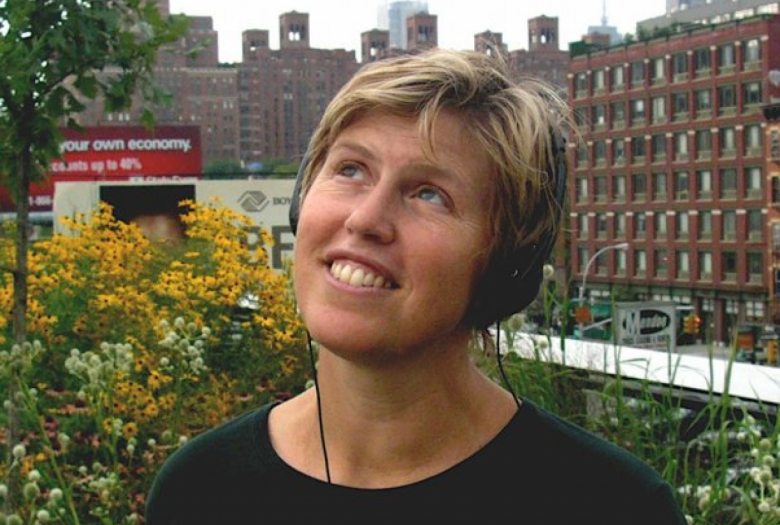 SIX4SEVEN (FIELD) is an evening length multimedia work for piano, synthesizers, found sounds and video, a new arrangement of an old work. A hallucinogenic landscape of quiet yet insistent music, colorful, dusty and forgotten animations, sounds from far away. A lush, grainy exercise in hyperminimalism. Six patterns in seven time, creating a field as they go.

Betsey Biggs is a Brooklyn and Providence-based composer and artist whose work in music, sound, video and installation aims to explore the resonance between sound and image, to actively engage the audience, and to play with the tension between spontaneity and form. Her work has been described by The New Yorker as “psychologically complex, exposing how we orient ourselves with our ears.”

She has collaborated with many musicians and artists including Margaret Lancaster, Evidence, The Now Ensemble, The BSC, So Percussion, Tarab Cello Ensemble, the Nash Ensemble and filmmaker Jennie Livingston. Her work has been seen and heard internationally at venues as disparate as ISSUE Project Room, Abrons Arts Center, the Conflux Festival, MASSMoCA, Sundance Film Festival, and on the streets of Oakland, Red Hook, Williamsburg and the Gowanus. Biggs holds a Ph.D. in music composition from Princeton University and is currently a postdoctoral fellowship at Brown University.

Upcoming projects include “Foreign Exchange”, a simultaneous Hong Kong/Providence installation in collaboration with Samson Young, and a series of compositions and photographs to be derived from walks through Vietnam, Laos and Cambodia.