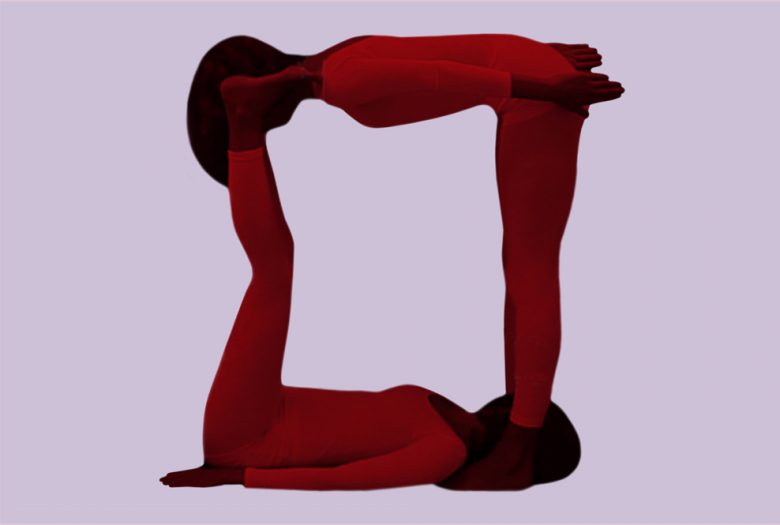 Dana Bell’s Poses for Communication playfully explores the physical language of performed communication. Two dancers perform a duet which examines the formalist elements of ritualized movement– specifically contrasting the poses associated with ballet and yoga (respectively), in doing so juxtaposing their divergent origins and guiding intentions. The origins of ballet as an etiquette based system in Renaissance European Courts as spectacle and interactive communion is in deliberately mismatched dialogue with yogic asanas which, while historically conceived as channels to interior connection, now have outer meaning– they are the contemporary silhouettes of centeredness, a balanced life, the sacred. Behind dancers Meg Clixby and Helen Schreiner is projected video, in which the poses become abstracted as geometry, and the dancers themselves become semaphores, flattened as an apparatus for visual signaling. Poses for Communication video stills are also on view for this performance in Roulette’s entryway.

Whereas the dancers appear in classic modern dance costume and wigs to reinforce a stock anonymity, the style of the video draws from the time when yoga was introduced to the West, its structure and coloration hearkening to psychedelic imagery. Richard Hoffman collaborates with Bell on the score for the piece, which translates as an art rock exploration of Eastern music, filtered through the trite, foreboding conventions of dramatic TV soundtracks. The dramatic elements of the score serve as a point of humor in opposition to the control and blankness of the movement, an apparatus highlighting the absurdity of cultural flattening and appropriation within contemporary culture.

Doron Sadja presents his work Color Field Immersion. Based loosely on Ganzfeld experiments (a technique used in parapsychology in the 1970s as a way of invoking telepathy), Color Field Immersion involves masking the audience with semi-transparent blindfolds onto which light projections are mapped. Similar to sensory deprivation, Color Field Immersion provides perceptual deprivation, replacing the entirety of each audience member’s visual field with washes of color, line, and movement – often inducing hallucinations as the brain seeks to replace lost stimuli. Flipping the traditional performer-audience relationship, the internalized experience becomes the location of the performance. Combined with rich, textural soundscapes, Color Field Immersion creates a deeply immersive perceptual architecture of sound and vision. http://doron.sadja.com/color-field-immersion/

Warning: Color Field Immersion contains flickering light at times and is not suggested for people with sensitivities to strobes. 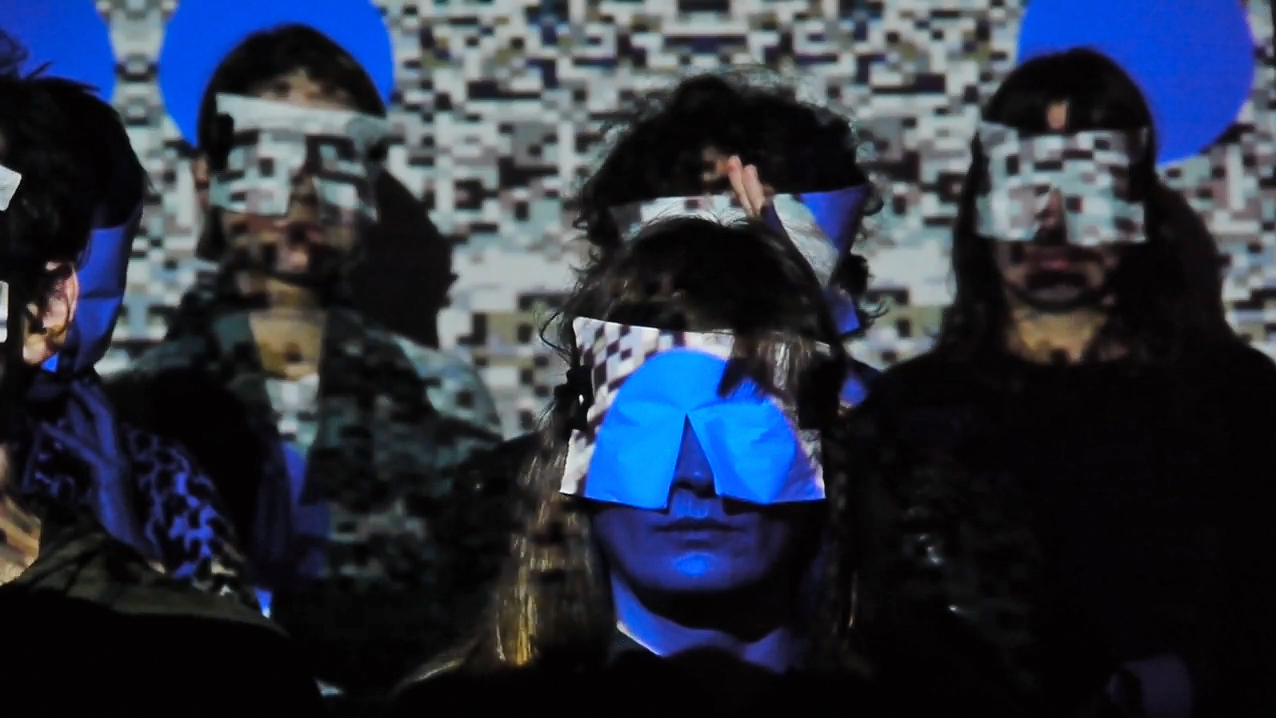 “Doron Sadja gives life to music which is difficult, powerful, intense and delicate – all at the same time.” Touching Extremes

“For Doron Sadja, out of the silence comes sound. And that sound builds into something magnificent.” Zaptown Magazine