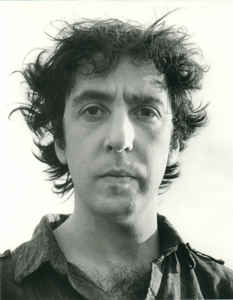 Sound and Light I is an integration of sound and light: live music and recorded video, with the video image manipulated in real time, particularly in relation to color and saturation, and in turn acting as a score element for the musicians. The core ensemble consists of: David Rosenbloom, guitar; David Hofstra, bass; and Stephen Moses, drums.

David Rosenbloom has been active as a musician, composer, and painter in New York since the late 70’s no wave period. His projects have included the Electric Chorus & Orchestra, Chinese Puzzle, The Experimental Chorus, and the Outlanders; he performed, toured and recorded with Glenn Branca, and was a member of Rhys Chatham’s early band Meltdown. His work tends to focus on sonic and structural experimentation with an emphasis on dense, melodic textures. This work has recently expanded into video, with his short Eye I an official Experimental Showcase entry at the 2006 Big Muddy Film Fest.

He has worked with bassist David Hofstra for over two decades, and has in recent years worked with Stephen Moses in multiple scenarios.