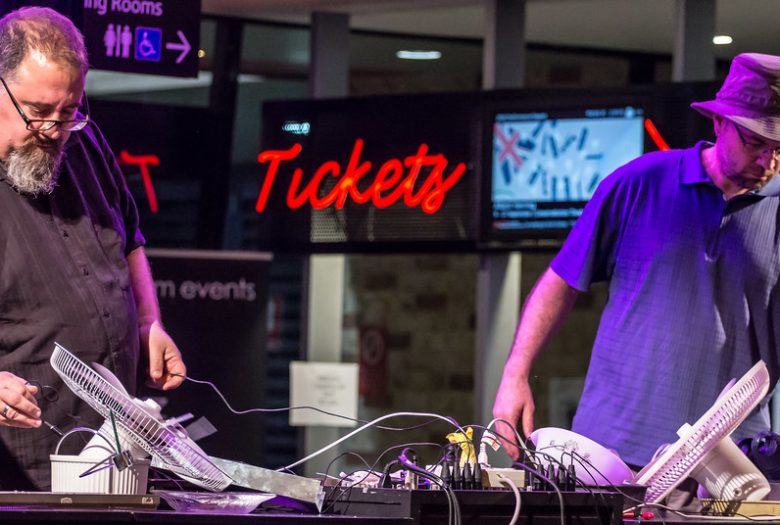 Evidence with Benton-C Bainbridge at Roulette 2009

Losperus is the name of a new performance paradigm for Evidence. In making electronic music, we have observed that our process tends to be one of gradual layering, guiding, fading, carefully mixing together streams of carefully crafted recordings, textures, and processes with computer software. We began to wonder about leaving our laptops aside and moving this process into the acoustical realm – placing commonplace electrical devices and found objects into unstable relationships with each other, and using friction and gravity to build humming, whirring, rattling contraptions on the fly. Benton-C Bainbridge makes live visuals in much the same spirit, taking an ‘acoustic’ approach to visuals and spatially amplifying the Losperus devices through light and shadow with hacked slide and film projectors.

Once again, Evidence will work with Benton-C Bainbridge, the Bronx-based video artist known for live visual performance with custom digital, analog and optical systems. Benton-C has shown worldwide, at venues ranging from squats to the Madison Square Garden. Currently, Bainbridge is working with Bobby Previte as the duo ‘Dialed In’, using a/v samplers to perform music, video and lighting. Please visit benton-c.com and fuevoz.com.