MIXOLOGY FESTIVAL: Mikey IQ Jones: How I Learned to Love the Drum 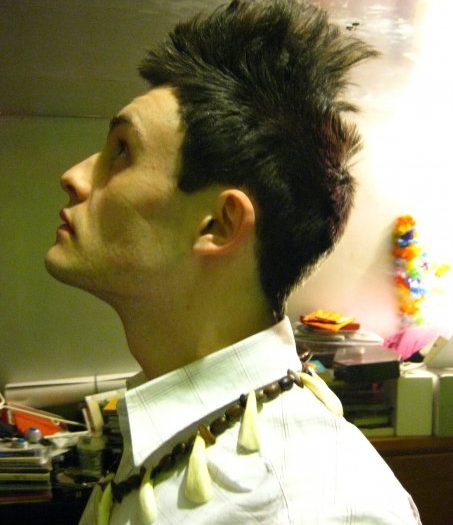 MIXOLOGY FESTIVAL: Mikey IQ Jones: How I Learned to Love the Drum

Brooklyn-based vocalist/percussionist/composer Mikey IQ Jones presents
an evening of new songforms, improvisations, and compositions centered
around Jones’s bodily & technological manhandling. His kitchen-sink
collusionist aesthetics will center around the real-time manipulation
and structuring of raw vocal, idiophonic, membranophonic, and domestic
materials into thickets of rhythm and harmony via an assortment of
samplers. In English: He’ll be singing, banging on an assortment of
drums, percussion, and household junk, sampling (and sometimes
looping) the elements live, and in essence performing new pieces which
are to be released sometime in late 2009. There will also be costumes
and props, because it’s Mixology time, and that’s just the way he
rolls.

Mikey IQ Jones performs alone and with Brown Wing Overdrive, whose
most recent album “ESP Organism” was released by Tzadik in late 2008.