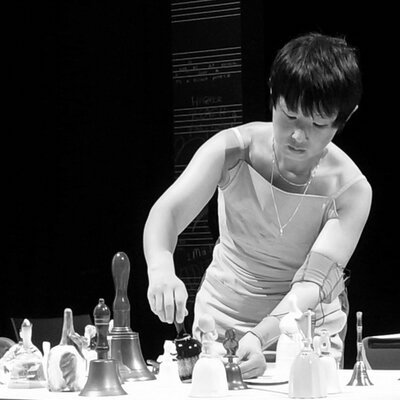 “A Large Gap at the Level of My Head” – composing an auditory event with ‘specifics’
by o.blaat (Keiko Uenishi), 2009

“In contrast to the sound event existing in reality, the auditory event takes place only in the “imagination” of the listener, and it cannot be “proven” by applying measurement techniques. It is rather perceived or felt, either consciously or unconsciously.” – Philip Mackensen, ‘Auditive Localization’ (2004)

“A Large Gap at the Level of My Head” is an experiment to compose with series of specific cues to attendants. The original sound event won’t yield, nor aim at a single common experience, but rather impose an unique auditory event to each listener. The piece is also a study of listening. It is not about the source of the sound, but about phenomena of perceived. It is one of my continuous attempts to experiment on the aural space from another angle (in comparison with my feedback performance work “Car décalé (légÃ¨rement)” in which I was using the physical external structure to create ‘sound event.’)

Based in Brooklyn, New York, sound artivist, social composer, and a core member of SHARE (http://share.dj), o.blaat (Keiko Uenishi) is known for her works formed through experiments in restructuring and analyzing one’s relationship with sounds in sociological, cultural, and/or psychological environments.

Uenishi also has an on-going open project “Broadway Dreams” (collaborative ‘blink media documentation’ on local businesses and sidewalks, utilizing web 2.0), featured in Conflux Festival 2008, NYC, and a participatory composition “Border Game” for Fronte[i]ras2 festival at a border of Spain and Portugal in autumn 2010.