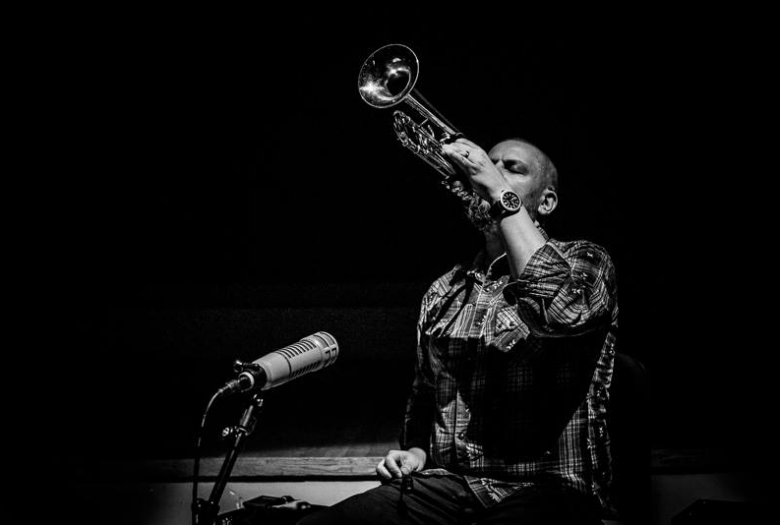 Nate Wooley is one of a handful of trumpet players redefining the instrument’s role and technique. He has used the solo idiom to push the trumpet inside out, concentrating more on frequency, density, silence, and velocity than melody, rhythm, and harmony. Touching Extremes called his first solo disc, “Wrong Shape to be a Storyteller” (Creative Sources,) “exquisitely hostile.” His acoustic trumpet playing references desiccated breathing, tape and electronic composition and harsh noise, while still maintaining a rigorous sense of composition. His second full-length solo disc, “Beast,” will be out in the winter of 2006.

Since his arrival in New York in 2001, Wooley has made a name for himself as a leader (Blue Collar with Steve Swell & Tatsuya Nakatani and the Nate Wooley Quartet and Trio) and as a sideman (with Daniel Levin, Mike Pride, Harris Eisenstadt, Assif Tsahar.) In the past three years, his ability to fit a unique personality into many differing musical idioms has earned him spots on stage and in the studio with artists such as Paul Lytton, Anthony Braxton, Joe Morris, David Grubbs, Wolf Eyes and Tony Malaby.