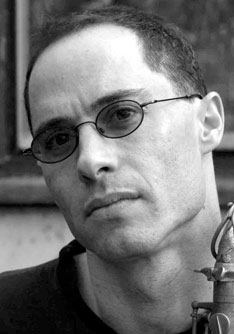 Known for his virtuosic performances on alto saxophone, clarinet, bass clarinet and the shakuhachi, internationally acclaimed composer/performer Ned Rothenberg presents a two night retrospective of his chamber music along with world premieres of new works.  Rothenberg’s music has been presented at hundreds of concerts throughout North and South America, Europe, and Japan, while his unique approach to woodwind performance – including techniques like manipulation of multiphonics, circular breathing, and overtone control – have led him to perform with everyone from John Zorn, Marc Ribot, Tony Buck, Marty Ehrlich and Bobby Previte amongst others.

Like virtually all of the new-music composers and performers associated with the original Knitting Factory in New York, woodwind/saxophone ace Ned Rothenberg has a formidable reputation as an innovator. Specifically, Rothenberg has been celebrated for his circular-breathing techniques, as well as his experiments with overtone manipulation and polyphony. He also shares the restless eclecticism of colleagues like John Zorn and Anthony Braxton, with a particular interest in the more painterly shades of contemporary Japanese classical music. What renders Rothenberg more approachable and, in the end, more significant than many of his peers is the serenity at the heart of his fiercest playing. Even when fronting the Double Band, his long-standing, free-blowing jazz-funk ensemble, Rothenberg infuses solos of breathtaking virtuosity with a rare, peaceful patience.

Ghost Stories, a collection of classically themed chamber pieces, may be his most perfectly realized release to date. Austere but not forbidding, all four of these works recall Rain Tree Sketch–era Toru Takemitsu in their moments of misty, gently disintegrating dissonance, yet they are never derivative. In “Arbor Vitae,” Rothenberg’s clarinet and Riley Lee’s shakuhachi  flute alternate as still ocean and trade wind, blowing around and across and through each other. The title composition, for pipa (Chinese lute), cello and percussion, develops fitfully, with moments of politely plucked strings and tapped toms evolving into squalls of scraping bows and scurrying percussion. “Kagami,” for Rothenberg’s solo shakuhachi, remains centered in the preternatural stillness that instrument creates around itself, but shudders with unexpected bursts of tongue and breath.

“A relentless student, Rothenberg has had many collaborators and teachers. But that welcoming tranquillity is nothing he learned, and it saturates all these ghost stories, which rise far above pastiche or homage, and which really are haunted.” Glen Hirshberg – LA WEEKLY

About Quintet for Clarinet and Strings:
Ned Rothenberg is best known as a composer, though that is only one of his talents; the others include being an accomplished and inventive clarinet player and saxophonist, a shakuhachi flutist, and an arranger. Quintet for Clarinet and Strings brings a number of these talents together in a startling, mature work that embodies many of his career-long traits while bringing others into view for the first time. Rothenberg performs and directs the ensemble, which also includes the MIVOS Quartet, a string group that is devoted to the work of contemporary composers. The work is divided into five movements. Across its nearly 50-minute time frame, Rothenberg and the MIVOS engage in polyphonic and microtonal woodwind techniques, as well as strictly classical conceptions influenced by ideas from Brahms and Mozart, while not following them at all. At 17 minutes, the opening section is the longest and is itself constructed of “mini movements.” The opening is an elegant section where two distinct melodies assert themselves within the quartet, with the clarinet hovering between the second with counterpoint in both rhythm and harmony. Different time signatures are played by separate instruments inside the quartet, while the clarinet follows its own jazz-inspired rhythmic and timbral palette. The second and third movements dovetail, from tonal to timbral glissandi investigations — some of which dovetail and take each other apart systematically. Here too, polyrhythmic elements are employed to distinguish the various sections of the quartet, giving members a voice, while melodic ideas are unresolved until late in the work. The third movement indulges Rothenberg’s deep fascination of improvisation where no direction of any kind is employed, and the musicians can borrow any ideas from the entire piece — even if they’ve not been played yet — and weave them into a sometimes dissonant but always economical and provocative whole. The motif in “Setting Stones” is slow, largely assonant, and utterly lovely. Its harmonic palette is somewhat restrained, where strings and slap tongue on the clarinet complement one another beautifully, creating an almost pastoral feel. The “Finale” is humorous in that it feels like a chase between the players: from violins to the clarinet, from viola to the cello, from the cello to the violins; and then these reverse themselves melodically, assuming different roles where all the players are both the pursuers and the pursued. The sleight-of-hand phrasing by Rothenberg is actually light, pulling bits and pieces from his own melodies from throughout the work and using them in differing contexts until the work is satisfyingly exhausted. This is one of the more important works Rothenberg has issued so far, and after 26 albums, that’s saying plenty.
Thom Jurek, All Music Guide