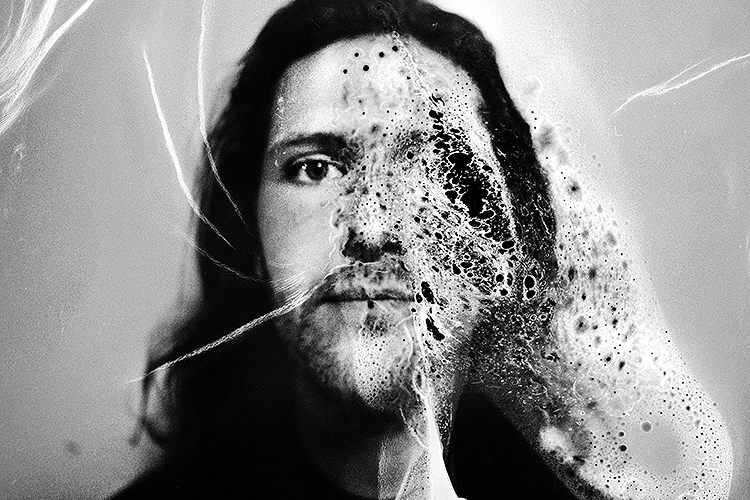 In this ethereal evening, New Firmament presents the latest ambient ensemble work of Nick Podgurski composed for Jessica Pavone, Tristan Kasten-Krause, and Cory Bracken as part of the City Artist Corps Grant initiative. MONAD utilizes the construction of Podgurski’s previous solo works The True Character of Time, Felt In A Flashing Light That Illumines The Desert instead expanding and setting them for small ensemble realization. These pieces are an invitation to group work, and as such, each realization is unique to that group’s guidance of its composition.

New Firmament is an institute working in the service of the furtherance of balance. Its work extends across the fields of education, research, curation, and composition. It serves as umbrella for: NF live series presented in conjunction with Title:Point Theatre, a regular music playlist now in its sixth year, record label, blog, and home for educational workshops usually involving music/sound.

As both an instrumentalist and composer, Jessica Pavone explores the tactile and sensorial experience of music as a vibration-based medium. Pavone has been a composer in residence at the Ragdale Foundation, the Ucross Foundation, and Soaring Gardens, and has received grants from the Foundation for Contemporary Arts (2021), Queens Council on the Arts (2020), New Music USA (2015), the Tri-Centric Foundation (2015), Experiments in Opera (2013), the Jerome Foundation (2011), and MATA Interval (2007). Her works have premiered in NYC venues including Roulette, the Noguchi Museum, ISSUE Project Room, Abrons Art Center, the Museum of Art and Design, and The Kitchen. Her albums have been produced by Tzadik, Taiga Records, Thirsty Ear, Astral Spirits, and Relative Pitch, including four collaborative duo recordings with guitarist Mary Halvorson. From 2005 to 2012, Pavone toured regularly with Anthony Braxton’s Sextet and 12+1tet, and she appears on his discography from that time.

Tristan Kasten-Krause is a bassist and composer living in Brooklyn, NY, creating immersive, extensive, and transcendent sound worlds. As a bassist he has been praised for providing his “low-end authority to vital New York institutions” (The New Yorker) such as Argento Chamber Ensemble, Wet Ink, Ensemble Signal, and Contemporaneous. As a composer, his music has been described as “heavenly” (the Guardian), “beguilingly frictionless” (Steve Smith) and full of “beautiful, unearthly soundscapes” (WNYC’s New Sounds). He has performed and recorded music with artists such as Alvin Lucier, Steve Reich, Caroline Shaw, Kid Millions, and David Lang. His most recent album, Potential Landscapes, showcases long-form, sample-based collaborations with artists Eliza Bagg (Lisel), Jayson Gerycz (Cloud Nothings), Matt Evans, Brendon Randall-Myers, and Carol Johnson.