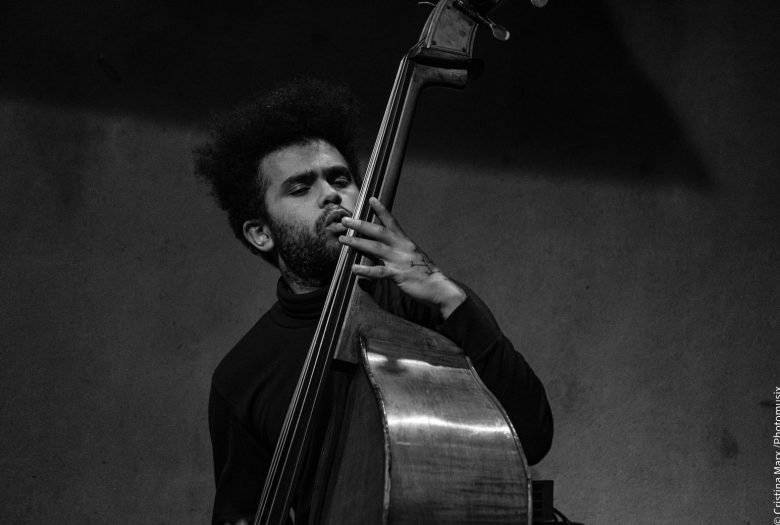 In 2019, composer and bassist Nick Dunston premiered the multi-movement composition La Operación at Roulette. The chamber-opera-in-progress is an abstract digestion of the composer’s exploration of a historical phenomenon involving necropolitics in Puerto Rico imposed by American colonialism and capitalism.

Two years later, after/during a devastating global pandemic and significant life shifts, this piece is revisited, developed, mutated, and reverberated. Another angle of the process is examined. Patience, time, and reflection (both internal and external) are crucial elements of this iteration.

Nick Dunston is an acoustic and electroacoustic composer, improviser, and bassist. An “indispensable player on the New York avant-garde” (New York Times), his performances have also spanned a variety of venues and festivals across North America and Europe. He’s performed and recorded professionally with bands led by artists such as Marc Ribot, Ches Smith, Imani Uzuri, Ingrid Laubrock, Tyshawn Sorey, Anna Webber, Amirtha Kidambi, and Vijay Iyer. In 2019 he released his debut album, Atlantic Extraction, which “features the unusual instrumentation of double bass, drums, electric guitar, flute, [and violin]- and his compositions put that configuration to imaginative use” (The Wire Magazine). In 2020, he released his sophomore album, Atlantic Extraction: Live at Threes, which “presents the musician’s command of his mercurial compositions. The unconventionally configured quintet nimbly shifts among stately chamber melodies, combative free passages and exhilarating steeplechases” (Downbeat Magazine). In addition to three studio albums released under his name, he has also been commissioned by artists such as Bang on a Can, Ex-Aequo, Johnny Gandelsman, T R O M P O, Joanna Mattrey, and Clifton Joey Guidry III.

“One of the wiliest drummers on the experimental scene”–The New York Times. Originally from Sacramento, California, Ches Smith is a drummer, percussionist, and composer based in New York. He has collaborated with a host of artists on many scenes since the early 2000s, including Marc Ribot, Tim Berne, John Zorn, Darius Jones, David Torn, John Tchicai, Nels Cline, Mary Halvorson, Trevor Dunn, Terry Riley, Kris Davis, Dave Holland, Secret Chiefs 3, Xiu Xiu, Good for Cows, Theory of Ruin, and Mr. Bungle, among others. He has nine records to his name as a bandleader that feature his writing and ensemble curation, and is a devout student of Haitian Vodou drums, performing in religious and folkloric contexts in New York and Haiti for the last decade.

Colombian-American soprano Stephanie Lamprea is an architect of new sounds and expressions as a performer, recitalist, curator and improviser, specializing in contemporary-classical repertoire. Trained as an operatic coloratura, Stephanie uses her voice as a mechanism of avant-garde performance art, creating “maniacal shifts of vocal production and character… like an icepick through the skull” (composer Jason Eckardt). Her work has been described as “mercurial” by I Care If You Listen, “dynamic” by critic Steve Smith (Night After Night), and that she “sings so expressively and slowly with ever louder and higher-pitched voice, that the inclined listener [has] shivers down their back and tension flows into the last row.” (Halberstadt.de) She has received awards from the Concert Artist Guild, St. Botolph Club Foundation, the John Cage Orgel Stiftung in Halberstadt, Germany, and the Puffin Foundation. Stephanie was a featured TEDx Speaker for TEDxWaltham: Going Places. Stephanie devours mammoth works of virtuosity and extended techniques with ease and creative insight, singing with an entire spectrum of vocal colors (including operatic style, straight tone, sputters and throat noises) and performing in the classical, jazz, avant-garde and interdisciplinary fields. She has performed as a soloist at Roulette Intermedium, Constellation Chicago, National Sawdust, Shapeshifter Lab, Miller Theater at Columbia University, the Slipper Room, Park Avenue Armory, Museum of Fine Arts (Boston), and the Re:Sound Festival in Cleveland, Ohio. She has worked with Wavefield Ensemble, Ekmeles, So Percussion, Talujon, Guerrilla Opera, Boston Art Song Society, and the Original Gravity Concert Series.

Radical self-love, compassion, laughter and the drive to promote and amplify Black art-makers and noise-makers are at the core of Clifton Joseph Guidry III’s work. The New York City-based bassoonist, composer, and activist excels in many spheres, with performances hailed by the San Diego Tribune as “lyrical and haunting… hair-raising and unsettling…” Clifton is not only a versatile and acclaimed bassoonist, but they are also an improviser and composer of experimental and daring new works that proclaim Clifton’s love of storytelling. In all aspects of his work, Clifton is supporting, hiring and promoting Black artists within their practice. In honoring their ancestors and those who came before them Clifton’s compositions channel their inner child.

Anna Webber (b. 1984) is a flutist, saxophonist, and composer whose interests and work live in the aesthetic overlap between avant-garde jazz and new classical music. In May 2021 she released Idiom, a double album featuring both a trio and a large ensemble, and a follow-up to her critically-acclaimed release Clockwise. That album, which the Wall Street Journal called “visionary and captivating,” was voted #6 Best Album of 2019 in the NPR Jazz Critics Poll, who described it as “heady music [that] appeals to the rest of the body.” Her 2020 release, Both Are True (Greenleaf Music), co-led with saxophonist/composer Angela Morris, was named a top ten best release of 2020 by The New York Times. She was recently named a 2021 Berlin Prize Fellow and was voted the top “Rising Star” flutist in the 2020 Downbeat Critic’s Poll. The trio featured on Idiom is Webber’s “Simple Trio”, her working band of almost a decade which features drummer John Hollenbeck and pianist Matt Mitchell. A prolific bandleader, Webber also leads a quartet and a septet in addition to the above-mentioned large ensemble and co-led Webber/Morris Big Band. She has performed and/or recorded with projects led by artists such as Dan Weiss, Jen Shyu, Dave Douglas, Matt Mitchell, Ches Smith, John Hollenbeck, and Trevor Dunn, among others.

This work is supported, in part, by Tenth Intervention.