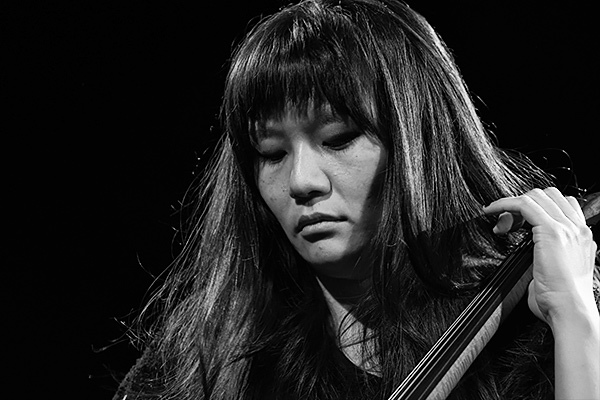 A native of korea, okkyung lee has been developing her own voice in a contemporary cello performance, improvisation and composition. using her solid classical training as a springboard, she incorporates jazz, sounds, korean traditional music, noise with extended techniques and create her unique blend of music.

in addition to frequent solo performances and leading her own ensembles, she is a member of TOT Trio with percussionist tim barnes and turntablist toshio kajiwara; an improvisational duo NoNo Twins with dancer/choreographer heather kravas; vijay iyer and mike ladd”šs In What Language? and upcoming Still Life with Commentator projects; greg tate’s Burnt Sugar Arkestra Chamber among many other groups.

okkyung”šs debut album, Nihm (TZA 7715), a compilation of her compositions on john zorn’s Tzadik label has generated critical acclaims in the states and Europe. with array of the most adventurous improvisors from new york, the album was met with enthusiastic reviews from Wire Magazine (UK), Baltimore City Paper, TimeOut New York and All About Jazz US. the first track on the CD “On a Windy Day” was featured on Art of The States Radio Program on WGBH to be broadcasted in over 50 countries.