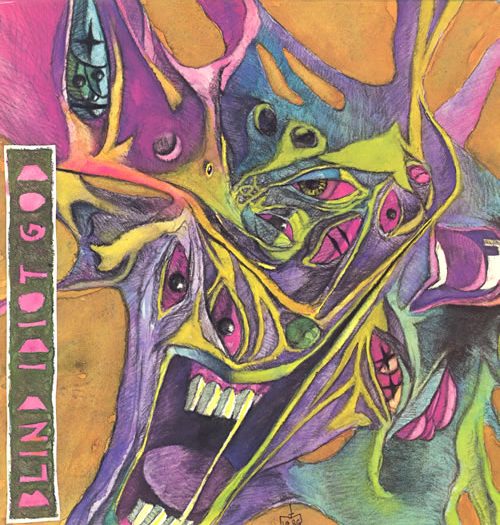 Blind Idiot God at The Kitchen 1989

David Linton, drums and Zeena Parkins, electric harp duo and the band Blind Idiot God in a double bill presented by Roulette in collaboration with and at The Kitchen.

David Linton is a Temporal Media Artist traveling the vectors of sound, light, subculture, media ontology, and signal flow. Since his arrival on the downtown NYC experimental arts scene at the end of the 1970’s Linton has consistently sustained a multi-faceted reputation as an innovative and influential collaborator and curator as well as a driven solo performer. A drummer for years with Lee Ranaldo, Rhys Chatham, Glenn Branca, Elliott Sharp projects, around 1990 he had for the most part withdrawn from performing in the live percussion vein to concentrate on the vocabulary of entirely electronic music and media and the resultant paradigm shift in performance priorities (bicamRL AV).