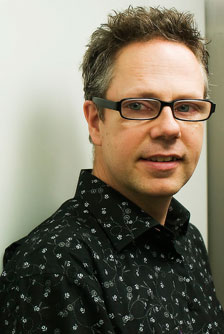 It was always here.
Its vast terrors concealed
By this costume party
Of flowers and birds
And children playing in the garden.

So begins Charles Simic’s series of eleven poems on the theme of ‘The Invisible’, taking us on an evocative journey that mixes mystery, metaphor and memory and that blurs humour with existential trepidation.

Pete M Wyer is a UK based composer and performer. His operatic/music theatre works include ‘Cremenville’, ‘Numinous City’ and ’57 Hours In The House Of Culture’. An album, Stories From The City At Night was released by Thirsty Ear in 2008. His hour-long collaboration with poet Steve Dalachinsky, ‘Insomnia Poems’ was selected for ‘Best of 2009’ by BBC Radio 3. He has created works for the London Symphony Orchestra, Royal Philharmonic Orchestra, Juilliard Orchestra and many others and is the recipient of a number of international fellowships and awards.