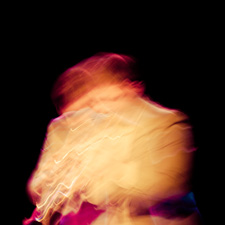 Peter Evans has been a member of the New York musical community since 2003, when he moved to the city after graduating Oberlin Conservatory. Peter currently works in a wide variety of areas, including solo performance, chamber orchestras, performance art, free improvised settings, electro-acoustic music and composition. As a performer, Evans has been working to break through the technical barriers of his instrument and enjoys playing with steady configurations of improvisers; each band explores a specific concept or style as much as possible. Current bands include the Peter Evans Quartet (with Brandon Seabrook, Tom Blancarte, & Kevin Shea), Moppa Elliott’s terrorist bebop band Mostly Other People Do the Killing, the hyperactive free-improvisation duo Sparks (with Tom Blancarte), the free-jazz quintet Carnivalskin (with Klaus Kugel and Bruce Eisenbeil), the Language Of with Charles Evans, duos with trumpeter Nate Wooley and saxophonist Dave Reminick, the New York Trumpet Ensemble, as well as a sustained interest in solo performance. In New York, Peter also performs contemporary notated music with groups such as the International Contemporary Ensemble, Alarm Will Sound, Contiuum, and Ensemble 21. He has continued to perform on piccolo trumpet in Baroque settings, performing Brandenburg Concerto No. 2 at the Bargemusic series, and in Bach’s Mass in B Minor at St Peter’s Church. Other collaborators have included: Mary Halvorson, Dave Taylor, John Zorn, Okkyung Lee, Taylor Ho Bynum, Perry Robinson, Jim Black, Evan Parker, Ned Rothenberg, Mark Gould, Jack Wright, Luka Ivanovic, Brian Chase, and Alan Kay. Recent travels have brought Peter to venues and festivals in the U.S., Canada, Europe, the UK, and Southeast Asia. Recordings include “More is More”, a solo trumpet album on psi, the self-titled first album of the Peter Evans Quartet (on firehouse12), and Shamokin!, the second album by MOPDTK, on HotCup Records.

Nate Wooley (b. 1974) grew up in a Finnish-American fishing village in Oregon. He has spent the rest of his life trying musically to find a way back to the peace and quiet of that time by whole-heartedly embracing the space between complete absorption in sound and relative absence of the same. He began playing trumpet professionally at age 13 with his father, and after studying he moved to Colorado where he studied more with Ron Miles, Art Lande, Fred Hess, and improvisation master Jack Wright. His tenure with Jack began to break Nate out of self-imposed molds and into the sound world that he has embraced as his own. Nate currently resides in Jersey City, NJ and performs solo trumpet improvisations as well as with his trio Blue Collar with Steve Swell and Tatsuya Nakatani. He has also performed regularly with Anthony Braxton, Bhob Rainey, Alessandro Bosetti, Fritz Welch, Herb Robertson, Kevin Norton, Tony Malaby, Randy Peterson, Scott Rosenberg, Matt Moran, Chris Speed, Andrew D’Angelo, Tim Barnes, Okkyung Lee, Assif Tsahar, and other improvisation luminaries.

M.V. Carbon plays cello through an array of electronics and combines it with light sensitive oscillations and pulsations. She uses analog synthesizers to create base drone tracks that are layered to form intonations that evoke meditative tendencies. Analog reel-to-reel tape machines are used to pick up the natural delay of each particular room space that she performs in. She carries the listener through different realms of consciousness by using variations in repetition and subtle changes in frequency.