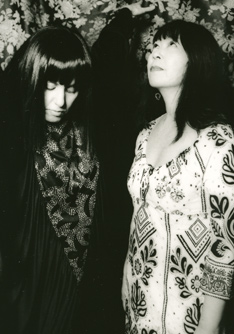 Friends and colleagues since 1988, Ikue Mori and Zeena Parkins are two of the strongest musical voices out of the downtown scene.  Lynchpins of bands as diverse as DNA, Skeleton Crew, Electric Masada, Hemophiliac and Björk, each have been leading figures of the downtown scene since the early 1980s, and their collaboration, Phantom Orchard is the perfect outlet for their unique and personal musical languages.  Tonight, Phantom Orchard presents duo arrangements of work from their most recent album, Trouble in Paradise (Tzadik), featuring Mori on live visuals and electronics and Parkins on harps, keyboard, and celesta.