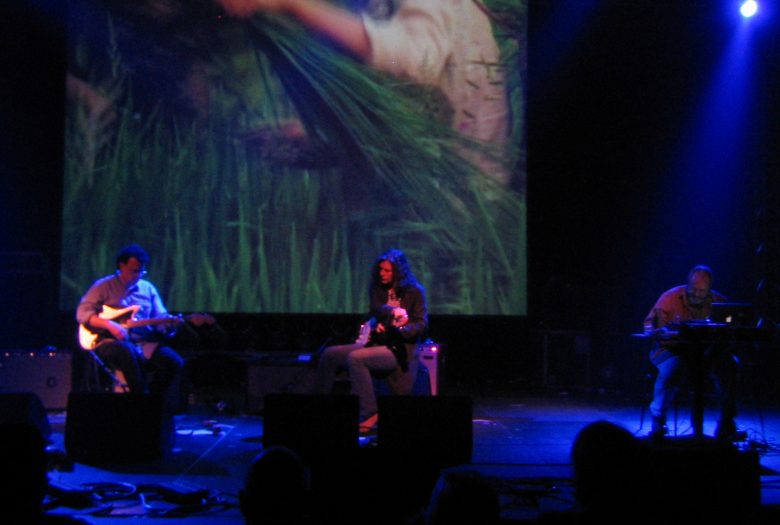 Phill Niblock is an intermedia artist using music, film, photography, video and computers. He makes thick, loud drones of music, filled with microtones of instrumental timbres which generate many other tones in the performance space. Simultaneously, he presents films / videos which look at the movement of people working, slides, or computer driven black and white abstract images floating through time. He was born in Indiana in 1933. Since the mid-60’s he has been making music and intermedia performances which have been shown at numerous venues around the world. Since 1985, he has been the director of the Experimental Intermedia Foundation in New York where he has been an artist/member since 1968. He is the producer of Music and Intermedia presentations at EI since 1973 (about 1000 performances) and the curator of EI’s XI Records label. In 1993 was formed an Experimental Intermedia organization in Gent, Belgium – EI v.z.w. Gent – to support the artist-in-residence house and installations there.

Niblock’s minimalistic drone approach to composition and music was inspired by the musical and artistic activities of New York in the 1960s (from the art of Mark Rothko, Carl Andre, Sol LeWitt, Donald Judd, Robert Morris to the music of John Cage and Morton Feldman’s Durations pieces). Niblock’s music is an exploration of sound textures created by multiple Tones in very dense, often atonal tunings (generally microtonal in conception) performed in long durations. Much of his pieces are based on collaborations with specific musicians. Over the years he has thus worked with a large number of the most diverse players including: Susan Stenger, Robert Poss, Jim O’Rourke, Ulrich Krieger, Seth Josel, Peter Kotik, Tom Buckner, and many others. He is the recipient of the prestigious 2014 Foundation for Contemporary Arts John Cage award.