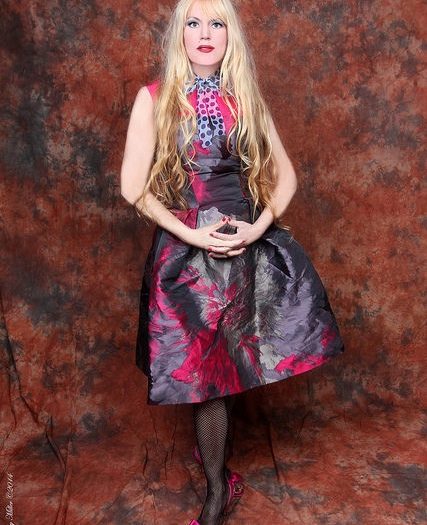 Phoebe Legere’s new band, Sisters and Brothers, takes ancient chants and then goes way outside, incorporating West African shamanic drumming and many exotic percussion instruments from Africa and Native America with invented instruments (Phoebe’s Rap Shoes and The Atonal Paintbrush) and the Spoons, a classic French Canadian Instrument. For tonight’s show, they present Brother Africa and Sister America meet a Fine While Man, an evening-length piece in which Phoebe and Joakim perform environmentally, combining marching, dancing and trance music with video projections of paintings and animation, texts and gestures and dances reminiscent of indigenous honey bees and other pollinators”¦

Joakim graduated from Vassar College with a degree in Biology. He then returned to his native Ghana, where he is known as a Drum Master.

Scot Hornick has a Masters Degree in Jazz from NYU and currently leads the Bass Ensemble at NYU. Following his love of all music, Scot has performed everything from jazz (traditional, big band, standards, modern, improv based), to heavy metal, country, classical, rockabilly, theater and Latin, to blues and swing, and with singer/songwriters of all types. Currently you can see and hear Scot performing with the Mike MacAllister Trio, The Semi-Finalists, Dave Gross Band, Dennis Gruenling and Jump Time, Gina Fox Band and Gina Sicilia Band as well as in many other groups as a freelance bassist.

Phoebe Legere is a composer of Native American and French Canadian descent. She currently is studying composition at Juilliard. An influential member of New York City’s downtown performance scene in the 1980s and 90s, during the past decade Legere has increasingly focused her energy on interdisciplinary new media, ranging from virtual musical theater to experimental forms. A dynamic performer on piano, accordion and synthesizer, with a four and half octave vocal range and free-for-all approach to mixing jazz, cabaret, and rock, Legere initially earned renown as a songwriter with hundreds of songs in all genres, and was signed to Epic/Sony Records. Demonstrating Legere’s mastery of diverse contemporary musical forms, she had eight weeks of sold out shows at The Ballroom in 1993, where she performed original songs and blues, French Chansons and Native American chants “¦ and then opened up for David Bowie on a national tour. She has performed at the Chicago Cultural Center, Carnegie Hall, the China Club, Aspen Opera House, Freddy’s Supper Club, The Hong Kong Jazz Club, Philadelphia Art Museum, the Brooklyn Academy of Music, the Brooklyn Opera House, Symphony Space and the Nairobi Casino in Africa.

Recently, Legere has been Artist in Residence at the School of Visual Arts Computer Art MFA department and at the University of Victoria Graduate School of Engineering and Music. She presented her Sneakers of Samothrace, a wearable computer for music and art improvisation, in a lecture/performance at IRCAM’s Resonances Aux Festival in 2004 and at STEIM electronic music foundation in 2006. She has built a second pair of her Rap Shoes for Dan Dubno at CBS News. He demonstrated the shoes at Adidas Salomon in May 2006.