PEN World Voices Festival: Power of the Arts: From Propaganda to Free Speech 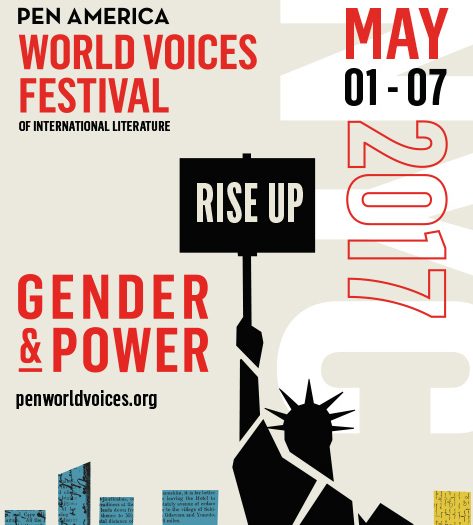 PEN World Voices Festival: Power of the Arts: From Propaganda to Free Speech

As freedom of speech in the arts, journalism and other mediums face significant challenges today, this event will explore the historic power of the arts in challenging power and promoting free speech. Using the prism of Shakespeare, we will consider the various ways his work has been used throughout the centuries to channel dissent or used as propaganda and how the arts allow for greater freedoms of speech in our societies in the UK and US today. In partnership with Index on Censorship, this event will feature readings by 2016 Forward Prize winner and Trinidadian-British poet Vahni Capildeo and a panel discussion with renowned theatre director Dominic Dromgoole. For journalists, academics and students, this is truly an event not to be missed.

This program is part of Shakespeare Lives, a global program celebrating the continuing resonance of Shakespeare around the world led by the British Council and the GREAT Britain Campaign. The global program officially ended in 2016, but some activities will continue in the USA and worldwide in 2017.

Join more than 150 writers and artists from 40 different nations as the PEN World Voices Festival celebrates the transcendent power of literature to enable people to see beyond their differences with conversations, readings and workshops taking place throughout New York City. With Chimamanda Ngozi Adichie, Patti Smith, Salman Rushdie, Teju Cole, and others.