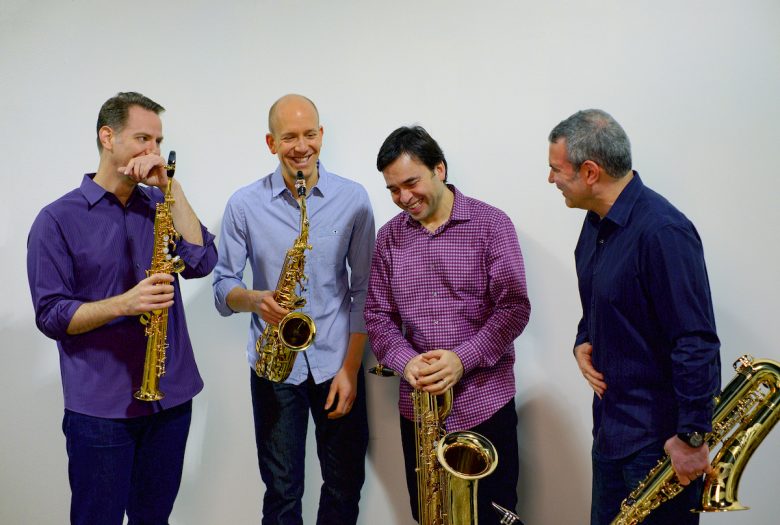 The PRISM Quartet, composer/guitarist Nick Didkovsky, and sonic alchemist Thomas Dimuzio perform Ice Cream Time, an evening-length work by Didkovsky that uses electric guitar, an onslaught of saxophones, and real-time computer processing to explore the boundaries between human- and software-generated music. Didkovsky is best known for his work with Doctor Nerve, Fred Frith Guitar Quartet, and Bang On A Can, and for developing his own computer music language.

“Ice Cream Time begins with a kid’s voice singing ‘It’s Ice Cream Time! It’s Ice Cream Time!’ It is taken from old, burned-out audio and sounds like one of the kids in The Little Rascals, except that his use of the word ‘funky’ suggests a recording of more recent vintage. This gives way to a slurry of drunken saxes and palpitating guitar that gradually peps up into a mix that is funky indeed, alternatively loose and complex, zany, and Zappa-esque. The work has the feel of a long theme park ride with a number of separate attractions. There are parts of it that are mysterious, atmospheric, and even a little menacing.” –Dave Lewis, AllMusic.com

Intriguing programs of great beauty and breadth have distinguished the PRISM Quartet as one of America’s foremost chamber ensembles. Two-time winners of the Chamber Music America/ASCAP Award for Adventurous Programming, PRISM has performed in Carnegie Hall on the Making Music Series, in Alice Tully Hall with the Chamber Music Society of Lincoln Center, and throughout Latin America under the auspices of the United States Information Agency. PRISM has also been presented to critical acclaim as soloists with the Detroit Symphony and Cleveland Orchestra, and conducted residencies at the nation’s leading conservatories, including the Curtis Institute of Music and the Oberlin Conservatory.

PRISM’s discography is extensive, documenting more than sixty works commissioned by the Quartet on Albany, innova, Koch, Naxos, New Dynamic, and New Focus. PRISM may also be heard on the soundtrack of the film Two Plus One, by Emmy nominee Eugene Martin, scored by Quartet member Matthew Levy, and has been featured in the theme music to the weekly PBS news magazine, “NOW.”

Nick Didkovsky (b. 1958) is a guitarist, composer, and software programmer. In 1983, he founded the rock octet Doctor Nerve. He is the author of the computer music language Java Music Specification Language (JMSL). He presently resides in New York City, where he composes for Doctor Nerve and other ensembles, creates music software, and teaches Java Music Systems at New York University. Besides his band Doctor Nerve, he has composed music for the Fred Frith Guitar Quartet (of which he was a member), Bang on a Can All-Stars, Meridian Arts Ensemble, ETHEL, loadbang, ARTE Quartett, and many others. His Black Sabbath Guitar Lessons on YouTube have been received with great enthusiasm by metal fans all over the world. 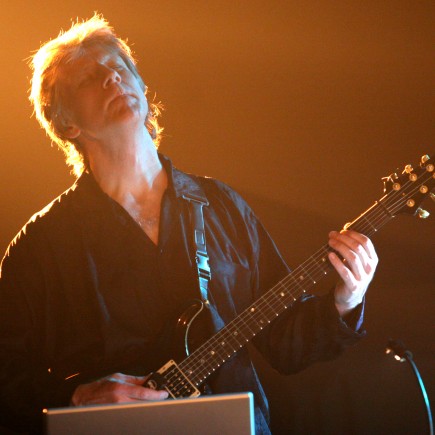 Thomas Dimuzio is a composer, musician, mastering engineer and label proprietor based in San Francisco. Long regarded as a musical pioneer for his innovative use of live sampling and studio, Dimuzio has earned a reputation worldwide as an avant-garde sound artist in touch with the aesthetic pulse of time and technology. Effortlessly moving from electro-acoustic and noise to glitch, dark ambient, improv and drone, Dimuzio has produced sound libraries for Big Fish Audio, Rarefaction and OSC which have then been utilized by television programs such as the X-Files. His collaborators have included Chris Cutler, Fred Frith, Matmos, Wobbly, DJ Qbert, Dan Burke, Paul Haslinger, Due Process, and 5uu’s. 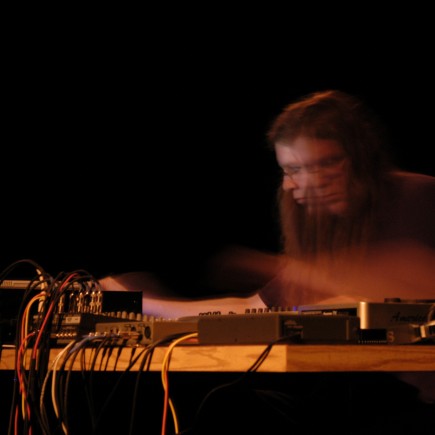