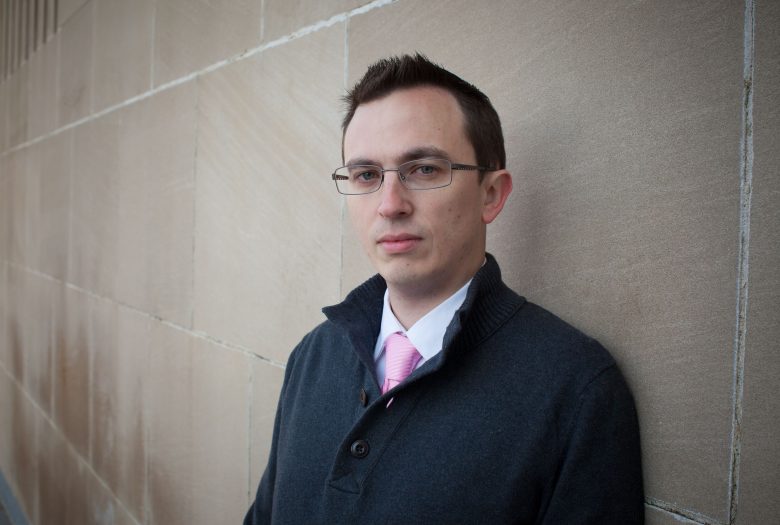 Pianist R. Andrew Lee performs Michael Vincent Waller‘s Pasticcio per menu e piu, offering an enchanting introduction to the evening’s program. William Duckworth‘s Imaginary Dances follow, borrowing from a variety of source material, from medieval isorhythmic technique to bluegrass and jazz. Duckworth combines these disparate elements against a backdrop of minimalism in these nine dances, a hallmark of his piano writing.

The conclusion of the first half, Breathing Trajectories is a new collaboration between Lee and Waller. Fostered through dialogue about one’s personal trajectories in music, specifically minimalist orientations, the piece pleads for an answer to the question “Does the music breathe?”

The second half features Adrian Knight’s Obsessions, which was commissioned by Lee. Clocking in at nearly fifty minutes, this work presents an extended exploration of stubborn habits, routines, and patterns layered over Knight’s beautiful, extended harmonic language.

Pianist R. Andrew Lee is one of the foremost interpreters of minimal music. He has been described as having “consistently impressive solo releases” (New York Times), and his CD, Eva-Maria Houben: Piano Music, was chosen by Alex Ross in the New Yorker as one of the Top 10 Classical Recordings of 2013. He has performed in a number of venues dedicated to experimental music around the world, including the STUK Arts Centre (Leuven, Belgium), Café OTO (London), ISSUE Project Room (New York) and Gallery345 (Toronto). He has also been invited to speak and perform at music departments known for their exploration of the avant-garde such as the University of Huddersfield and the California Institute of the Arts. Lee currently teaches at Regis University in Denver, Colorado, and was most recently Artist-in-Residence at Avila University.