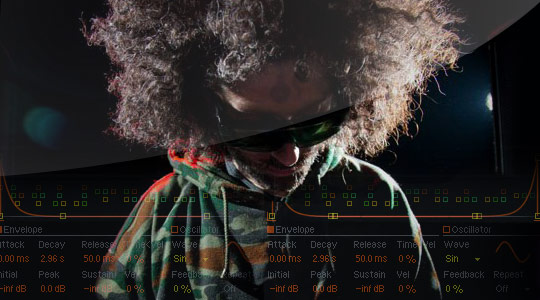 Composer, producer and sound alchemist Raz Mesinai makes music at the intersection of Dub and modern composition. As a solo artist and with his ensembles, he creates mythic performances evoking ancient rhythms with electronics, acoustic instruments and turntables. His recordings as Badawi have placed him on the forefront of the experimental electronic scene for over a decade, with remixes contributed by such artists as Kode 9, Shackleton, DJ Spooky and Headhunter, and Badawi remixes of Burning Spear, Arto Lindsay and Shackleton. He’s been a fixture of the downtown New York improvised music scene as well since the late nineties, collaborating with such luminaries as John Zorn, Mark Dresser, Elliott Sharp, DJ Olive and many others.