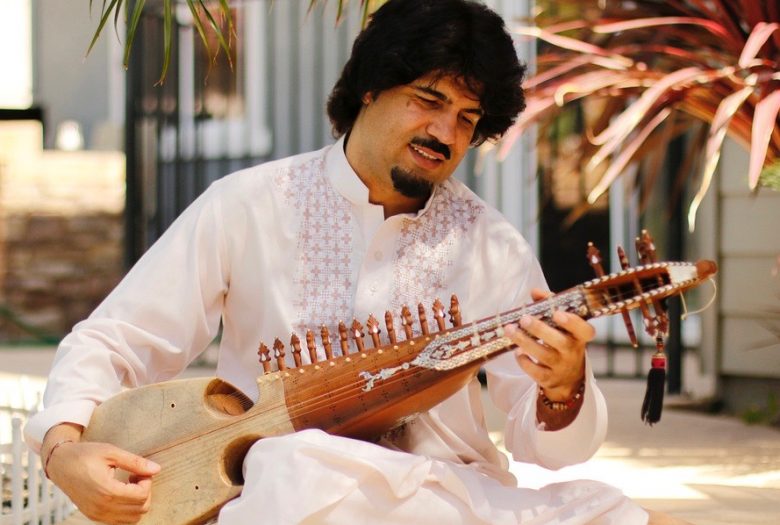 This program marks a rare NY appearance of Homayoun Sakhi, who has established an international reputation as the outstanding Afghan rubab player of his generation. A master of the rubab, a double-chambered lute that is revered as the national instrument of Afghanistan, he performs the music of Afghanistan, which is rich in traditions that span the Middle East, Central Asia and North India. Sakhi was born in Kabul into one of Afghanistan’s leading musical families, and studied with his father, Ghulam Sakhi – heir to a musical lineage that began in the 1860s – in the traditional form of apprenticeship known as ustad-shagird. Since immigrating to the US in 2002, he has composed for the Kronos Quartet and the Berlin Philharmonic Orchestra, established a music school in Fremont, California, and appeared at prestigious venues and festivals, including Carnegie Hall, Paris’s Theatre De Ville, the Smithsonian Folklife Festival, and the Fes Festival of World Sacred Music. Tabla (drums) player to be announced.