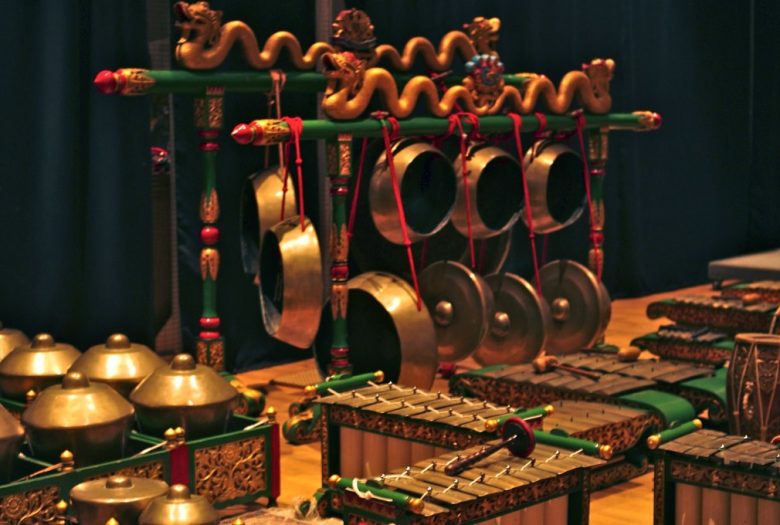 Since its formation over 30 years ago, Gamelan Kusuma Laras has entranced American and Indonesian audiences with its mesmerizing renditions of traditional Javanese performances on instruments created for the Indonesian Pavilion at the 1964-5 World’s Fair.  This NYC-based classical Javanese gamelan orchestra, comprised of American and Indonesians, is under the direction of the renowned I. M. Harjito. A master of all the Javanese gamelan instruments, he is most famous for his superb rebab and gendèr playing. In this program, the orchestra will be joined by several special guests who graduated from Indonesia’s state conservatory for the traditional performing arts in Surakarta: the captivating young Javanese singer Heni Savitri, who performs widely with many gamelan ensembles in the US and Indonesia; and dancer Anang Totok Dwiantoro, who is known for his mastery of the strong male style of Central Javanese court dance.
​“The gamelan, or orchestra, composed largely of pitched percussion, provided a variety of textures, from the gently meditative to the clangorous, and the listener is quickly drawn into its rhythms. The ensemble’s performance is also a treat to watch.” – The New York Times