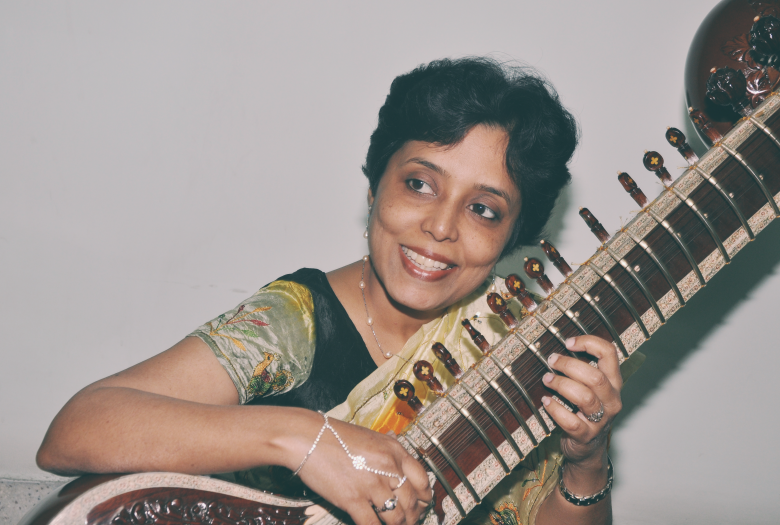 This special concert brings together three outstanding performers of Indian classical music. Mita Nag, a master of improvisation, represents the sixth generation of sitar (lute) players in her family. The daughter and disciple of veteran sitarist Manilal Nag and granddaughter of Gokul Nag, she is an exponent of the Vishnupur gharana (school), which retains the depth, resonance and vitality of the ancient meditative dhrupad style. She is joined by the brilliant shehnai (oboe-like instrument) player Hassan Haider, son and disciple of the famed Ali Ahmed Hussain, who has performed and toured internationally with his father and other notable artists. The powerful tabla (drums) player Subhen Chatterjee, a disciple of Swapan Chaudhuri, has performed with many of India’s major artists, including Bhimsen Joshi, V. G. Jog and Pandit Jasraj, and created the fusion bands Karma and Friends of Drums (with Sivamani). The program is being performed in tribute to the late legendary singer Girija Devi.