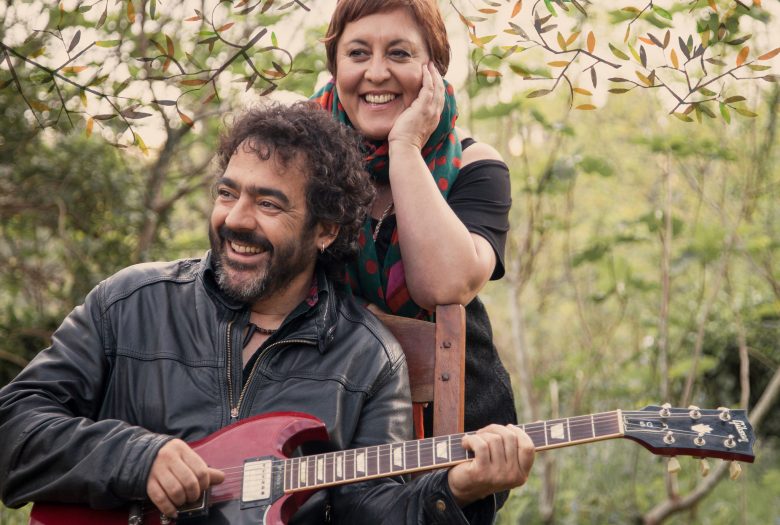 Uxia and Narf at Roulette 2016

Uxía and Narf, two of the most important and influential artists from Galicia, are touring the US together for the first time, performing their acclaimed Bladas da Galiza imaxinaria program. Their joint musical project features classics from both musicians, including poems by such writers as Rosalía de Castro and Federico García Lorca; original compositions; and adaptations of traditional alalás, the oldest and best-known form of Galician music. They have built bridges across cultures through music, and created their respective repertoires after years of traveling and exchanging experiences with artists from Angola, Brazil, Mozambique, Portugal, Cape Verde, and Guinea-Bissau. Uxía, “the voice of the Atlantic” and regarded as the grande dame of Galician music, is celebrating 30 years of a career that has made her one of the most popular musicians of Galicia. Fran Pérez (“Narf”) is one of the most innovative artists from the last two decades in Galicia; after more than 20 years in the music scene and playing in different rock bands, he created his musical project “Narf” in 2004, becoming one of the most interesting figures of the Galician cultural scene.

The concert will be preceded by a talk at 7pm on Galician music by Marina Carracedo, lecturer in Spanish and Portuguese culture at UCLA.