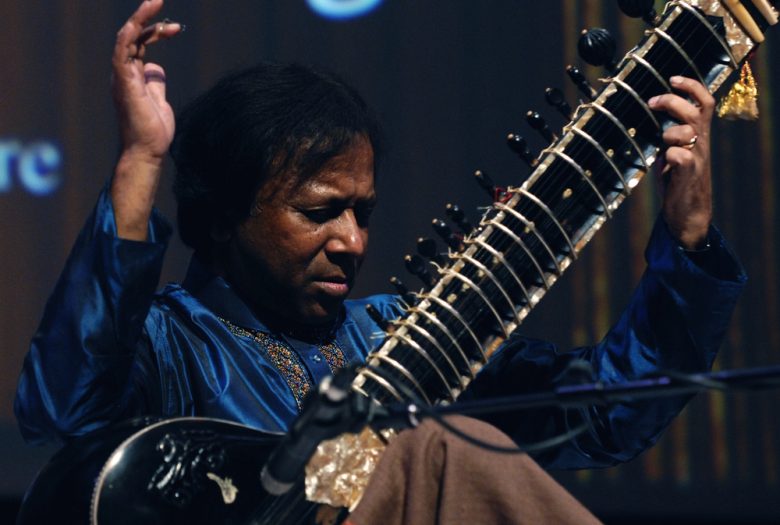 Since earliest times music and dance have played a major role in uniting people through ritual, often seeking union with the divine through trance or ecstasy. This festival seeks to bring back some spiritual nourishment to our lives; to focus our physical and mental selves. While the music and rituals associated with each genre are very different from each other, they share a common thread in bringing people together in search of enlightenment. These are just a few of the many forms that music takes to enrich our lives.

Two of India’s finest instrumentalists find common ground in the art of improvisation as they weave a tapestry of the two great genres of Indian music – Hindustani (North Indian) and Carnatic (South Indian).  Sitarist Shahid Parvez is the most distinguished living musician of the Etawah gharana (tradition), a style popularized by the great Vilayat Khan. Violinist Lalgudi Vijayalakshmi is the daughter of India’s greatest Carnatic musician of the 20th century, Lalgudi Jayaraman. Steeped in her father’s tradition, she is acknowledged for her rich and soulful performances. While both artists received critical acclaim internationally for their solo performances, this will be their first concert tour together. Mrdangam (drum) accompaniment by Patri Satish Kumar; tabla player to be announced.