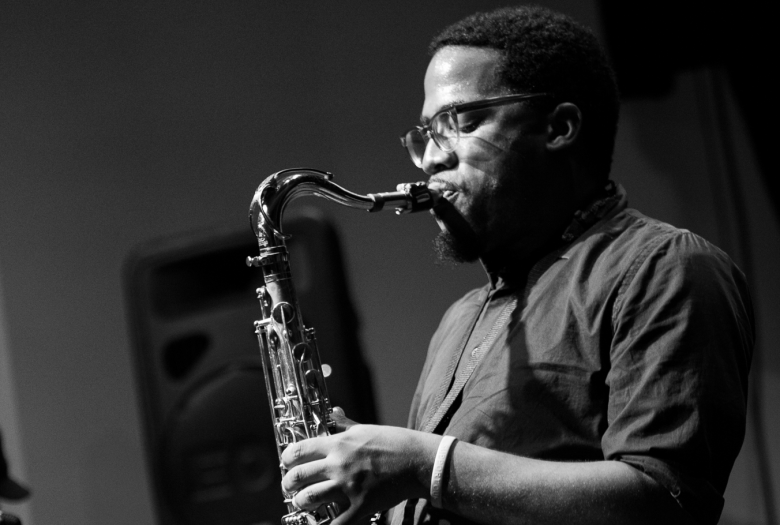 The passing of poet Imamu Amiri Baraka in 2014 was a major loss for various facets of Black Radicalism. A strong figure in politics, culture, and community, Baraka inspired many to follow in his footsteps. Formed from the love and respect of Baraka, a group of poets and musicians, led and founded by James Brandon Lewis and Thomas Sayers Ellis, have come together as Heroes Are Gang Leaders. With a name lifted from one of Amiri Baraka’s stories, the group embarked on a recording session last fall that blended poetry and music to “outishly” echo and honor Baraka’s legacy. In the tradition of the protest song, the group’s style combines jazz, groove, black hollerin with extensions of paged and oral literary text by Gwendolyn Brooks, Bob Kaufman, and Baraka himself.

Saxophonist and composer James Brandon Lewis has received accolades from cultural tastemakers such as Ebony Magazine, who hailed him as one of the “7 Young Players to Watch” in 2013. Lewis has shared stages with icons such as Benny Golson, Geri Allen, and Dorinda Clark Cole, as well as Roulette artists Ken Filiano, Darius Jones, and Jason Hwang. Lewis attended Howard University and holds an MFA from California Institute of the Arts.

James Brandon Lewis & Chad Taylor is made possible, in part, by the Jerome Foundation.