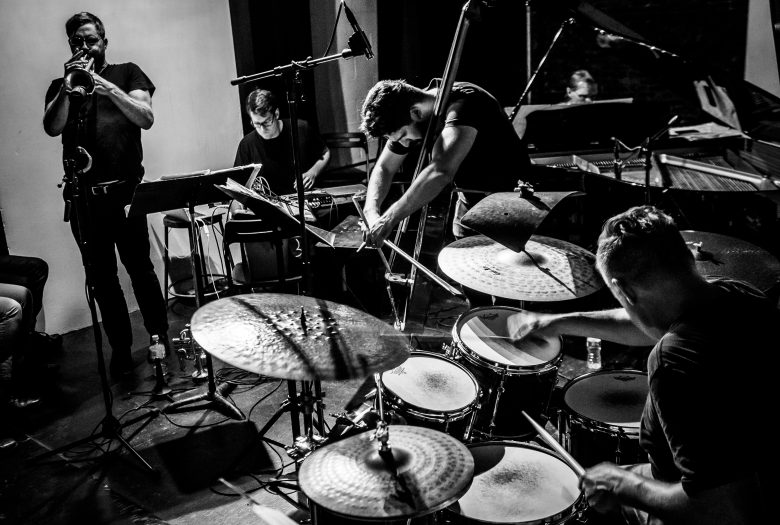 Following a two well-received residency shows during the fall season, Peter Evans takes the stage at Roulette for a third time. The Peter Evans Quintet, which has been together for six years, will play a partially improvised set of all new music and will feature guest saxophonists for the first time.

A member of the New York musical community since 2003, Peter Evans works to greatly broaden the expressive potential of the trumpet through solo and group performances and recordings. A graduate of Oberlin Conservatory, Evans is the founder of More is More Records, which released several highly acclaimed albums, including Peter Evans Quintet’s 2011 album, Ghosts.Originally from Germany, Ingrid Laubrock currently lives and works in Brooklyn. An active saxophonist and composer, she has performed and recorded with fellow Roulette artists Anthony Braxton, Mary Halvorson, and Evan Parker, among others.

A former student of classical Baroque composition, advanced harmony, and atonal composition at Berklee College of Music, jazz innovator Aaron Burnett has lent his talents to a host of bandleaders, including Grammy Award winner Esperanza Spalding and Wynton Marsalis. Praised by The New York Times for his “detailed, new-sounding, capacious vision of jazz,” Burnett is also the leader of his own band, Aaron Burnett and the Big Machine, who performed at Roulette in 2015.