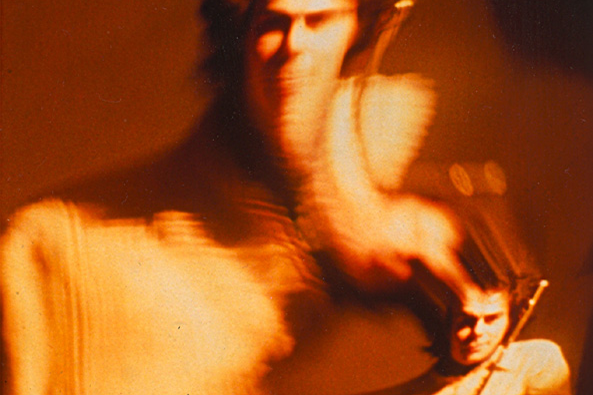 Robert: Seriously Amused will be acclaimed flutist/composer Robert Dick‘s first foray into the world of performance art. Developed with the alchemical director and co-writer Rinde Eckert, Seriously Amused is part biographical, part philosophical, and more than a bit strange and weird. Along with his famous flute playing, Dick will be singing, moving, thinking, monologuing, and giving his inner voices free play.

World-renowned as the leader in contemporary music for flute, Robert Dick embodies the ideal of the Renaissance artist. With equally deep roots in classical music old and new and in free improvisation and new jazz, he has established himself as an artist who has not only mastered, but redefined the instrument. Since he began composing and improvising in the 1970s, he has pursued the core idea that acoustic instruments are capable of sonic vocabularies and musical expression extending far beyond their traditional sonorities and musical roles. Robert’s music carries this vision of continuous transformation into his approach to aesthetics and style.  He draws from the jazz tradition, world musics (especially Indian and African), electric and electronic music and natural sounds.  Hallmarks of his work are clarity of structure and vivid timbre. His compositions, striking in the intensity and originality of their emotion, structures, and sound, have been recognized with a Guggenheim Fellowship, two NEA Composers Fellowships and very many grants and commissions. In 2014, the National Flute Association honored Robert Dick with its Lifetime Achievement Award.

Rinde Eckert is a writer, composer, librettist, musician, performer, and director. His Opera / New Music Theatre productions have toured throughout America and to major theater festivals in Europe and Asia. With a virtuosic command of gesture, language, and song, this total theatre artist moves beyond the boundaries of what a ‘play,’ a ‘dance piece,’ an ‘opera’ or ‘musical’ might be, in the service of grappling with complex issues. Eckert describes many of his characters as “little men with big ideas whose consequences of their hubris are often disastrous.” Sometimes tragic and austere, sometimes broadly comedic, entirely grounded by presence, his work is alchemical: moving from rumination and distillation to hard-won illumination, or its lack.