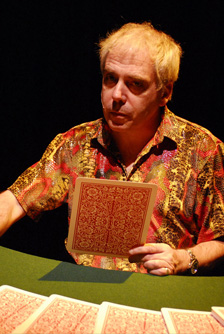 Produced by Performing Artservices, Inc. and presented by Interpretations and Roulette.

“Ashley celebrates language and questions its basic hold on truth or rational thought. His ultimate message may be that the language of music strikes deepest.”— The Los Angeles Times

“When the 21st century glances back to see where the future of opera came from, Ashley, like Monteverdi before him, is going to look like a radical new beginning.” — Kyle Gann, The Village Voice

“If James Joyce were alive today, he would probably be trying to write operas like Robert Ashley.” —The Wire