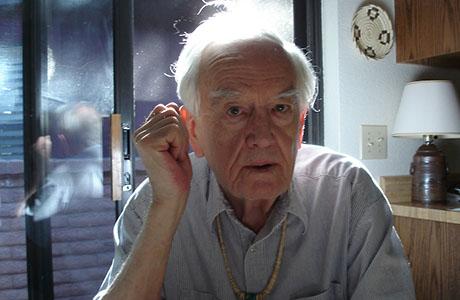 Robert Ashley, a distinguished figure in American contemporary music, holds an international reputation for his work in new forms of opera and multi-disciplinary projects. His recorded works are acknowledged classics of language in a musical setting. He pioneered opera-for-television with such revolutionary pieces as Music with Roots in the Aether, a 14-hour opera/documentary about the work and ideas of seven American composers and Perfect Lives, an opera in seven half-hour episodes commissioned by the Kitchen and broadcast in Britain, Germany, Austria, Spain, and the US. Each distinctly original in style, and distinctly American in their subject matter and use of the American language.  Join us for this Benefit Concert to help keep Roulette running!

“When the 21st Century glances back to see where the future of opera came from, Ashley, like Monteverdi before him, is going to look like a radical new beginning.” (Village Voice).

“Ashley’s work is “so vast in their vision that they are comparable only to Wagner’s Ring cycle or Stockhausen’s seven-evening Licht cycle. In form and content, in musical, vocal, literary and media technique, they are, however, comparable to nothing else.” (The Los Angeles Times).