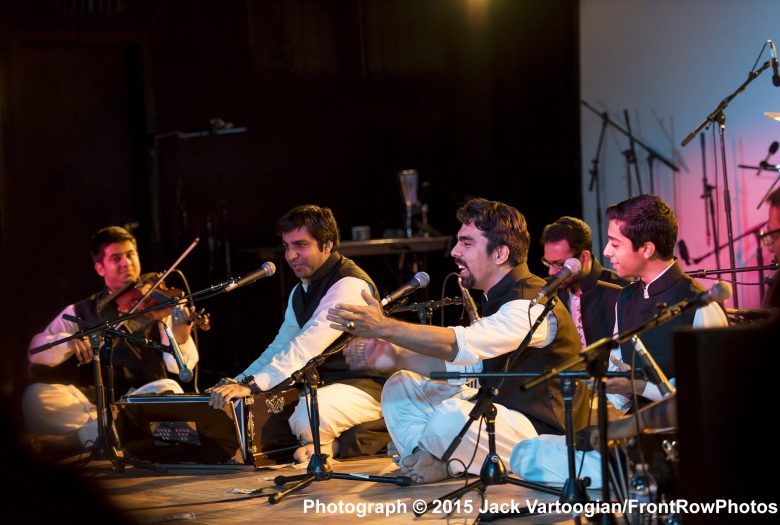 Riyaaz Qawwali performs the ecstatic improvisational Sufi vocal tradition made famous in the West by the lat Pakistani singer Nusrat Fateh Ali Khan, enthralling listeners with its lively rhythms, joyous melodies and inspirational poetry.  In addition to paying homage to traditional qawwali that has been in existence for over 700 years, the ensemble also weaves various songs and poetry of South Asia into the qawwali framework, using qawwali as a universal message of oneness that transcends religious boundaries. Mostqawwali troupes are composed of Muslim family members, but Riyaaz Qawwali, which is based in Texas, is composed of musicians who represent the diversity of South and Central Asia; they are of Indian, Pakistani, Afghani, and Bangladeshi descent, and come from various spiritual backgrounds, including Islam, Hinduism, and Sikhism.   The ensemble last appeared in New York at globalFEST 2015.