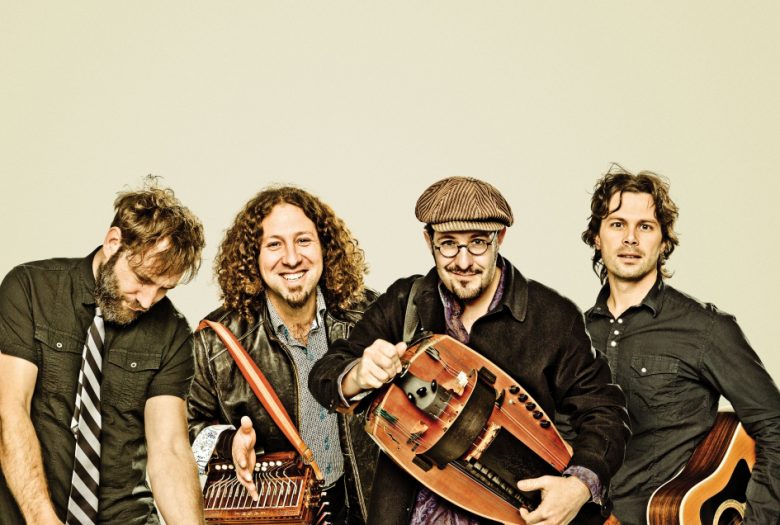 “You might not have the slightest clue what Québécois folk sounds like, but if you’re into bluegrass or Celtic music, you’ll feel right at home with this buoyant, rustic, string-centric style, exemplified here by the groups Le Bruit Court dans la Ville (Apr 10)-joined by ace Québécois dance leader Pierre Chartrand-and Le Vent du Nord (Apr 11).” – Time Out New York

This exciting festival, featuring concerts and a dance party, will be hosted by Gilles Garand, a major figure in the revival of traditional French-Canadian music in Montreal.

Composed of three legends of Quebec’s traditional music scene, Le Bruit Court dans la Ville  (The Buzz around Town) features fiddler Lisa Ornstein, button-accordionist/singer Normand Miron, and guitarist/singer André Marchand. They have been on the roster of virtually every groundbreaking band over the past 30 years: Ornstein and Miron were bandmates in La Bottine Souriante, the iconic trad supergroup which helped to kickstart Quebec’s folk music revival, and Miron and Marchand have been members of the extraordinary a cappella trad band Les Charbonniers de l’Enfer (The Coalmen from Hell). The artists have been playing as a trio since the 1990s, entrancing audiences with their fiery dance music and dazzling harmonies. For this dance concert they will by joined by Pierre Chartrand, a highly accomplished traditional Quebecois dance leader and caller.

Le Vent du Nord, one of the most beloved Québecois bands in the world, is a driving force in progressive folk.  With its infectious, joyful music (akin to the Celtic sounds of Ireland, Scotland and Brittany) and humor, the group has become a compelling ambassador of French-Canadian culture around the world. Its repertoire includes traditional and original songs and dance tunes that capture the energy and mirth of a Saturday night kitchen party. Winners of the prestigious Grand Prix du Disque Charles Cros and two Junos (Canada’s Grammys), the dynamic quartet is composed of Nicolas Boulerice (hurdy-gurdy, vocals), Simon Beaudry (guitar, bouzouki, vocals), Olivier Demers (violin, mandolin, vocals), and Réjean Brunet (accordion, vocals). Their program marks the CD launch in the US for their eighth album, Têtu (Determined), which covers politics, love and satire in their own distinct style.

“unforgettable…immaculately radiant, red-blooded four-part vocals, a sound as lusciously suave as it is resonantly earthy.” – The Scotsman