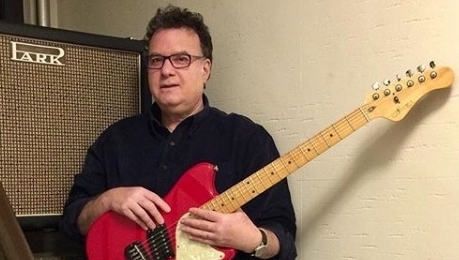 DISTORTION IS TRUTH – Macrophone guitar and electronics by a local timbre wolf. Best known for his wall-of-guitars work with Band of Susans, Poss has also performed and recorded with Nicolas Collins, Rhys Chatham, Bruce Gilbert, Phill Niblock, David Dramm, Alva Rogers, and Ben Neill. In an interview published in The Wire magazine, guitarist/producer Steve Albini stated that, “I think Robert Poss…is an enormously underrated guitar theorist. A lot of his approaches to the density of guitar are completely overlooked in any discussion about guitar…The way he structures the song around the drone instead of finding a drone to fit into the song I think is wholly unique.”