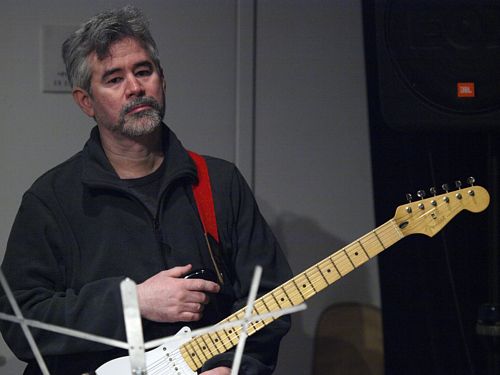 Roger Kleier is a composer, guitarist, and improviser who began playing electric guitar at age thirteen after discovering Captain Beefheart and Jimi Hendrix on the radio airwaves of Los Angeles. He studied composition at North Texas State University and the University of Southern California, and has developed a unique style that draws equally from improvisation, contemporary classical music, and the American guitar traditions of blues, jazz, and rock. Much of his compositional work involves the development of a broader vocabulary for the electric guitar through the use of extended techniques and digital sound manipulation. He has also composed new works for soloists and chamber groups.