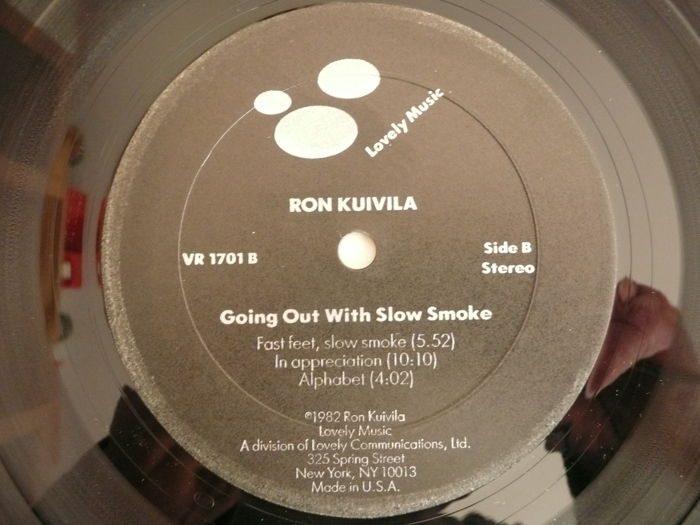 Technoirama (obsessive/compulsive) with The Beatification of the Facsimile Tone by composer/conceptualite Kuivila. Precision table scratching, the perfect regularity of electronic pulse, and the perfectable irregularity of logarithmic subdivision meet, greet, and get on with it in music drawn from laptops and idiosyncratic performance actions. Guest appearances by the International Personality Profile, the Fast Fourier Transform and a chorus of fax tones reborn in just intonation.

Ron Kuivila is an American sound artist from Boston, MA. He is primarily known for his sound installations, performances, and recorded materials that make use of computers, and for his contributions to the SuperCollider audio programming language. Kuivila studied under Alvin Lucier at Wesleyan University and graduated with a B.A. in Music and a B.A. in Mathematics in 1977. He went on to receive his MFA from Mills College, studying under Robert Ashley and David P. Anderson. Kuivila released sound pieces as part of the Tellus Audio Cassette Magazine compilations as well as through Sonic Arts and Lovely Music. In the 1990s Kuivila and David P. Anderson were responsible for creating the software language Formula, which has been used by David Behrman. He currently teaches classes in Experimental Music, Computers in Music, and Studio Recording at Wesleyan University, where he served as the chair of the music department. Kuivila received a 2008 Foundation for Contemporary Arts Grants to Artists Award. In May 2011, he was named University Professor of Music. He currently works with the open-source software SuperCollider. His works have been installed at the DeCordova Museum, Diapason Gallery, the San Francisco Art Institute, the Los Angeles Institute of Contemporary Art, Media Study/Buffalo, 80 Langton Street, and MoMA PS1. He has performed at The Kitchen, MoMA PS1, PASS, The Experimental Intermedia Foundation, and Bilhaud Gallery. –Bio as of 2019