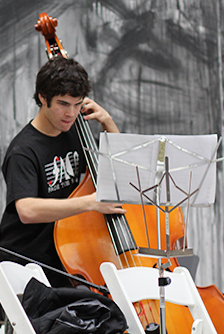 Face The Music at Roulette 2015

Additionally, the ensemble gives world premieres of new pieces composed specifically for the group by its own performer-composers!