[DANCEROULETTE] THE RUTH AND RINDE SHOW 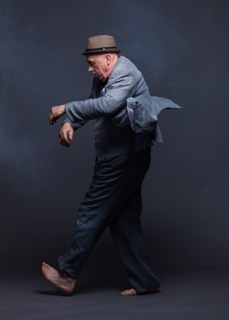 [DANCEROULETTE] THE RUTH AND RINDE SHOW

Ruth Zaporah and Rinde Eckert, both prolific performers, noticed each other on stages in San Francisco in the 80’s and liked what they saw. They soon joined forces in creating and performing Nomad Mad, a musical, physical, visually stunning, narratively idiosyncratic, touching, humorous, critically acclaimed show that ran for many months in San Francisco. Then they went their separate ways and landed on different coasts. With the United States between them, they each flourished while touching base occasionally. They wondered if another collaboration would arise. To their delight, Ruth and Rinde are on stage together again –  to sing, dance, talk, and weave their particular kind of wacky, gorgeous, yet very human improvisations. 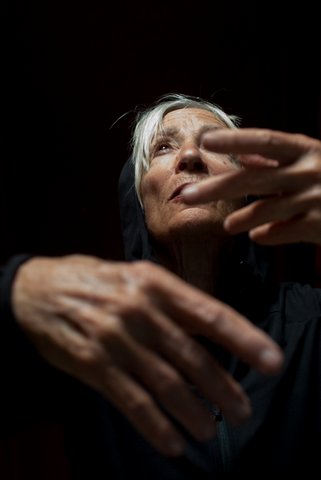 Ruth Zaporah is a New Mexico based performancer, directo, writer and teacher. She is internationally known for her innovative work in the field of physical theater improvisation. Zaporah spends much of her time on tour, performing and leading trainings in Europe, Israel, Asia and the US. In 1994 she performed in theaters and refugee camps in Serbia and Croatia. In the spring 2000, she added Kosovo and Sarajevo to that itinerary.  Zaporah is a two time recipient of National Endowment Choreography Fellowships. In 1994 she was honored with a Sustained Achievement award by the San Francisco Bay Area Dance Association.

Rinde Eckert is a writer, composer, singer, actor, and director whose music, music theater, and dance theater pieces have been performed throughout the United States and abroad. He has received a Guggenheim Fellowship in Music Composition, a Marc Blitzstein Award (from The American Academy of Arts and Letters), an Obie Award (And God Created Great Whales), a Grammy Award (Lonely Motel – Music from Slide), an Alpert Award (2009), and a Doris Duke Performing Artist Award (2012). He was a finalist for the Pulitzer Prize in Drama in 2007 for Orpheus X. He has been a visiting lecturer at Princeton University since 2009.