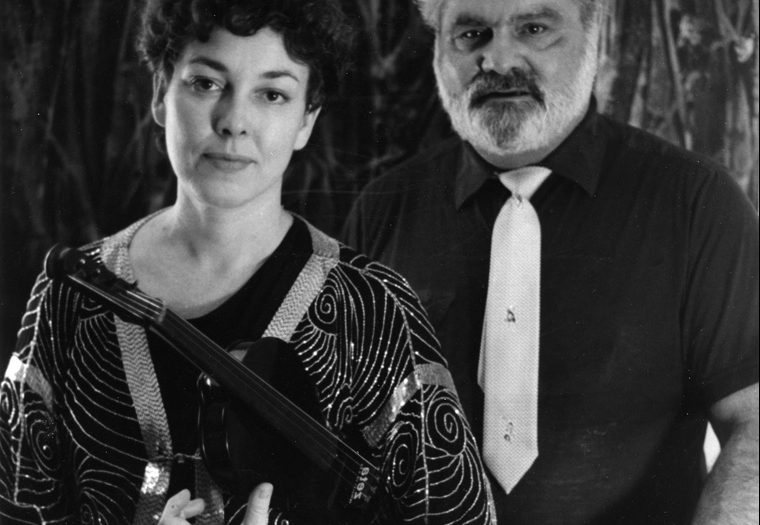 A video update of his legendary “L.’s G. A.” plus new works for electronics and a MIDI violin, with Dorothy Martirano.*

*This original description differs from the tape, L.’s G.A. was not presented

One of the first musicians to experiment with computer-assisted composition, Salvatore Martirano made a significant impact on American musical life as a composer, teacher, instrument builder, and performer. Born Salvatore Giovanni Martirano, he started playing the piano at age five. In his late teens he served in the U.S. Marine Corps as a band clarinetist, and spent the years 1946 and 1947 touring with jazz bands. In 1963 Martirano took a post as Professor of Composition at the University of Illinois, a position he held until his retirement in 1995. It was there that Martirano started exploring tape and computer music, producing his first computer work, 123-456, in 1964. By 1969 he was working with musicians and engineers at the University of Illinois to create a new electronic musical instrument. The resulting Sal-Mar Construction, completed in 1972, has been described as “the world’s first composing machine.” Along with his interest in computer music, Martirano frequently toured and worked with bands and improvisational groups. He also never gave up composing for more conventional media: he wrote music for the 1984 Olympic Games in Los Angeles, and his last completed work, Isabela (1993), was scored for chamber orchestra. Martirano died in 1995 from complications associated with ALS (Lou Gehrig’s Disease). —Bio as of 2019